Hey y’all—hope your weekend is going well! It may be St. Patrick’s Day, but I am most excited that March Madness is happening right now.  I am a HUGE college basketball fan, so my St. Patty’s festivities consist of wearing green while watching college basketball most of the day. This is seriously one of my favorite weekends of the whole year because there is twelve hours of college basketball each day. All the good upsets happen during this first weekend of the NCAA Tournament. Speaking of which, my bracket is pretty much toast after the first round of play, but my UNC Tar Heels and Clemson Tigers both advanced to the second round and that is what matters most! The madness has definitely not disappointed in the 2018 edition of March Madness. There have been multiple upsets, multiple games going into overtime or down to the wire. For those of y’all who aren’t big sports fans, an upset is when a team that is ranked significantly lower than another (and therefore less likely to win) shocks the world and beats the higher ranked team! And this installment of March Madness has brought us the biggest upset in history: #1 seed Virginia losing to #16 seed University of Maryland-Baltimore County. (Once again, for you non-sports people, a #1 vs. a #16 seed is the greatest differential in rank you can possibly have between two teams in the NCAA Tournament). Until last night, a #1 seed has NEVER lost to a #16 seed in NCAA Tournament play! Talk about pandemonium! 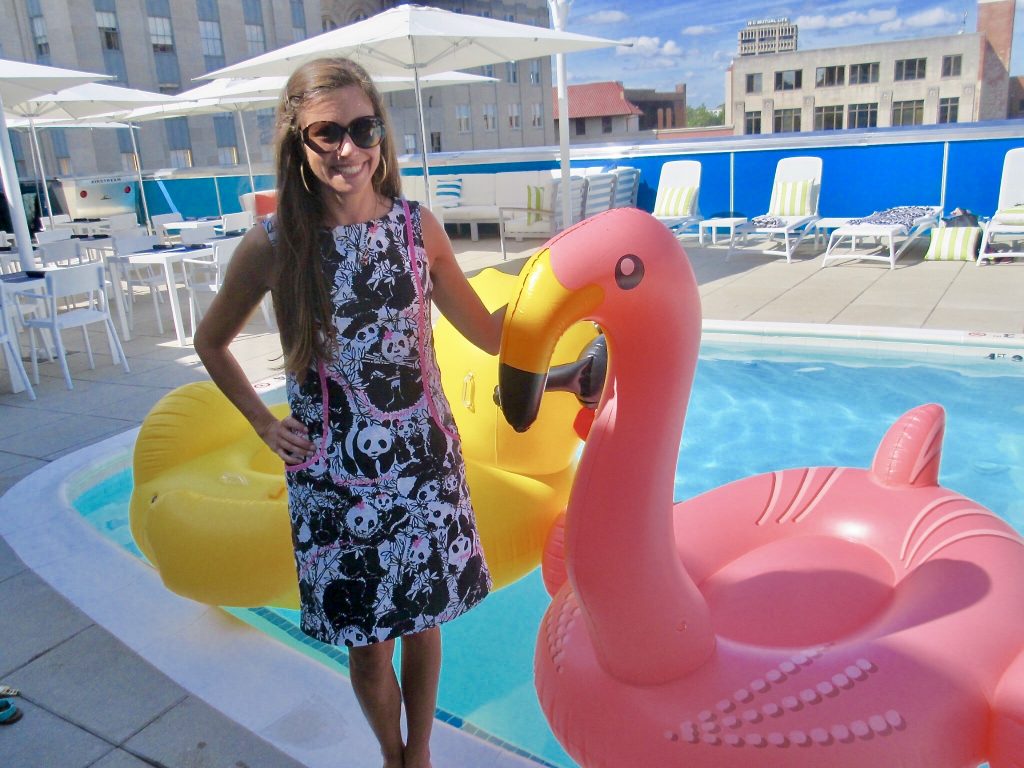 March Madness 2018 may be “pandemonium,” but the print that got me hooked on Lilly Pulitzer eight years ago is called “Pandamonium,” and I realized that yesterday (March 16) was National Panda Day (they seriously have a “day” for everything now). The giant panda has always been one of my favorite animals. So, when I was  browsing in my local Lilly store back in 2010 and saw a dress with cute panda bears all over it, I knew I had to have it.

Since the print is mostly black & white, this shift is perfect for transitional seasons when the weather is warm but the calendar says it’s not seersucker season. (I’m an old-fashioned stickler on the Easter to Labor Day rule!). I haven’t worn it yet this year since we’ve had such a cold March, but I wanted to share some pictures from when I wore it to brunch at the rooftop patio of a local hotel back in late September. If you’re ever in Durham, NC, I highly recommend checking out Hotel Unscripted. Even if you’re not staying there, you can grab food or drinks at The Patio. In addition to being on the rooftop, it’s right by the pool, which makes for a great ambiance. 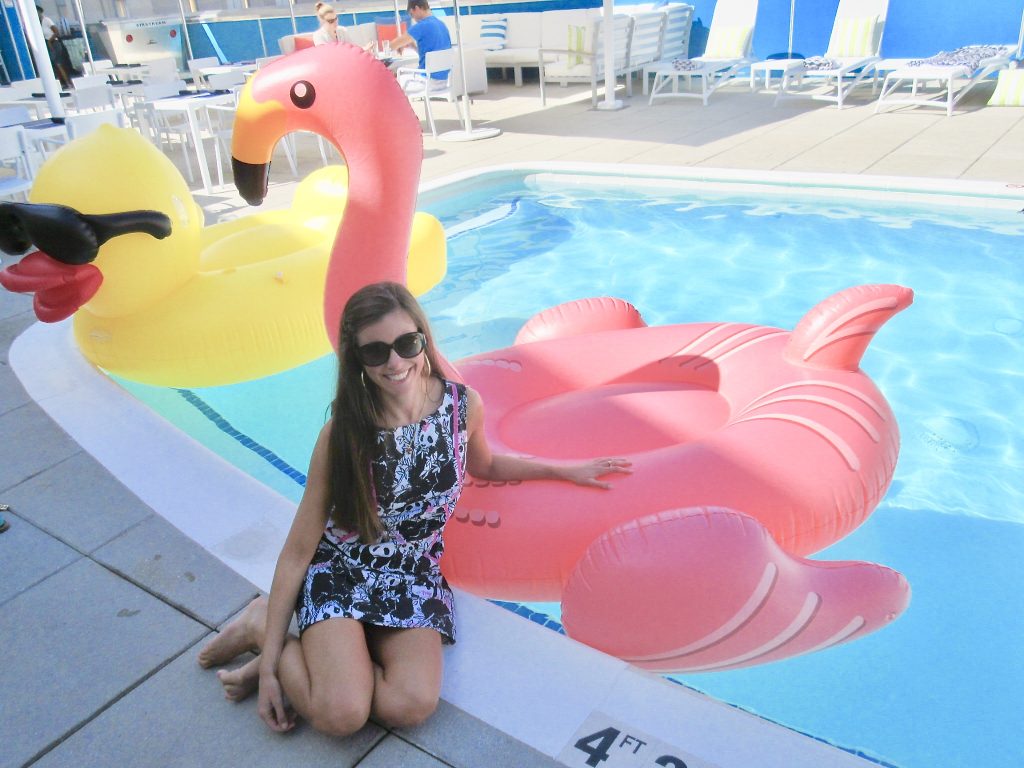 I attempted to get on the flamingo float in in my dress like I had seen one of my friends do, but I didn’t trust myself so settled for a pic posing beside the float.

Dress: Lilly Pulitzer (no longer available, but you can search for Worth Shift Pandamonium on eBay or resale boards)
Earrings: Sheila Fajl
Sunnies: Tory Burch (I got these at Saks Off 5th, but have linked their website so you can browse her current collection of awesome sunnies. Or check out your local TJ Maxx, Nordstrom Rack, or Saks Off 5th and you might be able to land some for a discount).

Bonus: Check out the delicious avocado toast and French toast my friend and I shared for brunch at The Patio at Unscripted Durham: 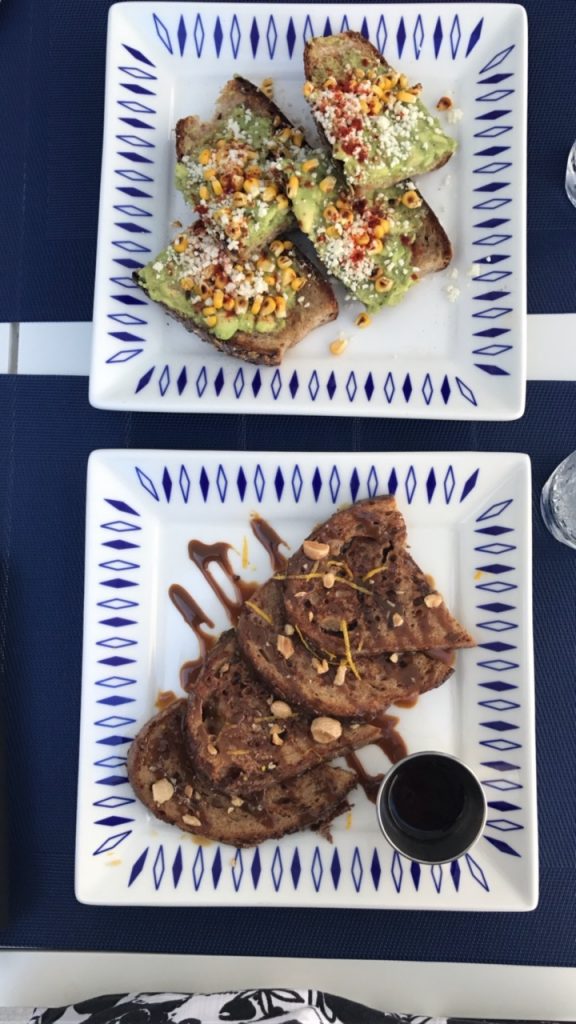 Hope y’all enjoy the rest of your weekend, whether it involves camping out on the couch watching March Madness, or something else! 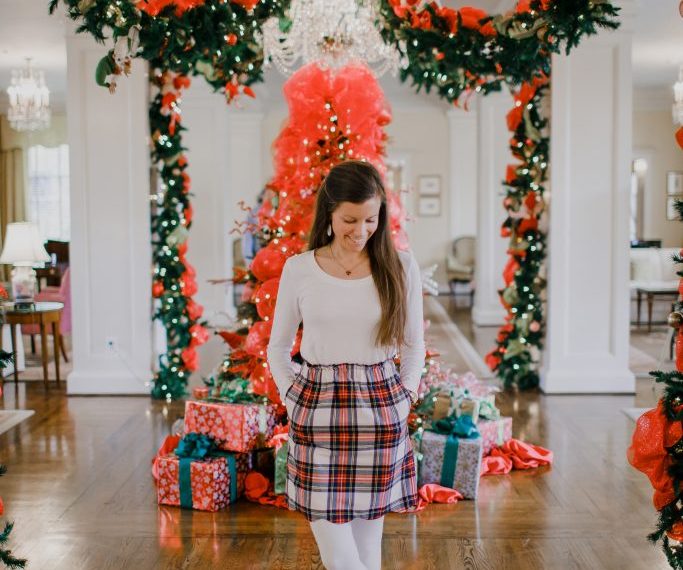 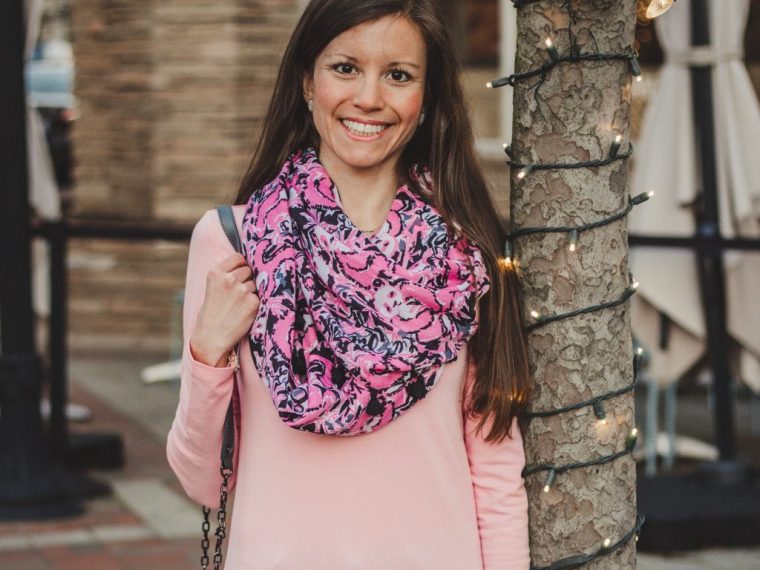 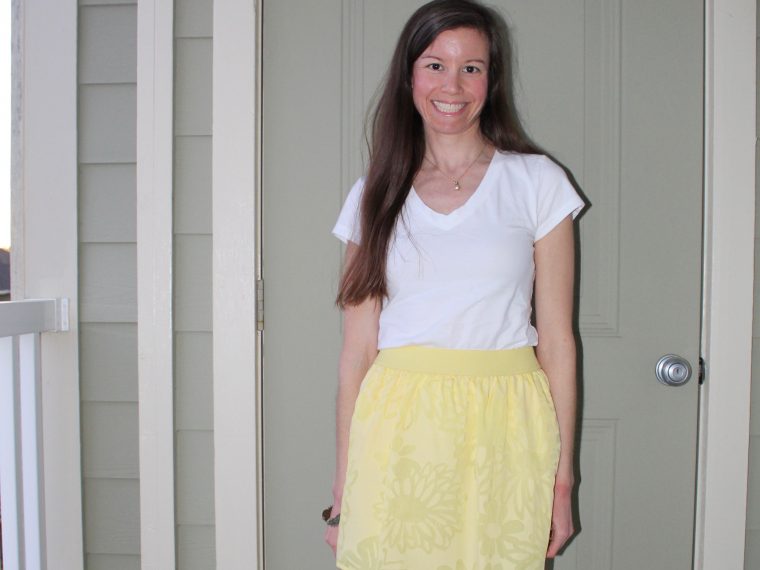