So, I didn’t intend to go four months without publishing a blog post. However, the beginning of 2022 was a bit rough for me. The post-holiday blues and winter blahs hit me hard. January and February are always my two least favorite months of the year. But I struggled even more than usual in 2022 with getting back into a routine after New Year’s. This is probably because the 2021 holiday season was such a high point for me after going through a really difficult season last fall. So I missed it a lot when it was over. Then in late February, my family’s almost-18-year-old cat’s health began to decline. We said goodbye to him on March 2. The combination of losing a beloved pet and other issues I’ve struggled with for awhile sent my depression into overdrive during the first half of March. Luckily, things started getting better for me during the second part of March, but I got pretty busy with doing things with family and friends. Hence, my blog took a backseat during the first part of 2022. But I’m excited to be back and to make blog posts more of a priority as we head into summer! Even though it’s way overdue, I’m still going to share my January/February 2022 Favorites post. I want to keep with the tradition of sharing monthly highlights on here, because they’re fun to look back on. So here’s my “better late than never” January/February 2022 Favorites:

I had a great time ringing in 2022 with a low-key girls’ night in. My best friend came and spent the night. We ordered pizza, watched the movie “New Year’s Eve” (a NYE tradition of mine), and then watched the ball drop. Then on New Year’s Day we made a Starbucks run and watched the Rose Parade. It was sweet to have the Rose Parade back this year after being on hiatus for 2021. 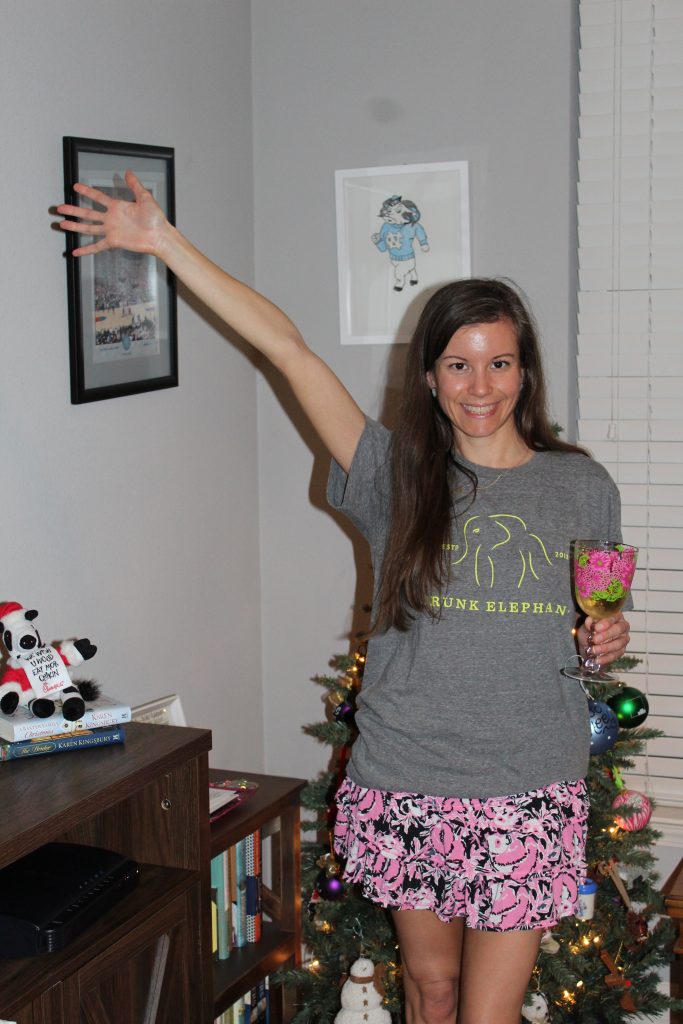 I like to try and attend one UNC gymnastics meet in person each winter, but missed doing so in 2021 due to the pandemic. UNC’s first gymnastics meet of 2022 happened to be a tri-meet that included Auburn as one of the opponents. Olympic All-Around Champion Suni Lee competes for Auburn, so I got to see her make her NCAA gymnastics debut in person. This was the only time UNC has charged admission for gymnastics meets, and it was the fullest I have ever seen Carmichael Arena for UNC gymnastics. Others were clearly excited to see Suni Lee make her collegiate gymnastics debut in person as well! My seat was closest to the balance beam, so it was especially neat to be able to see Suni Lee perform the beam routine for the first time that would eventually win a national championship at the end of the season! 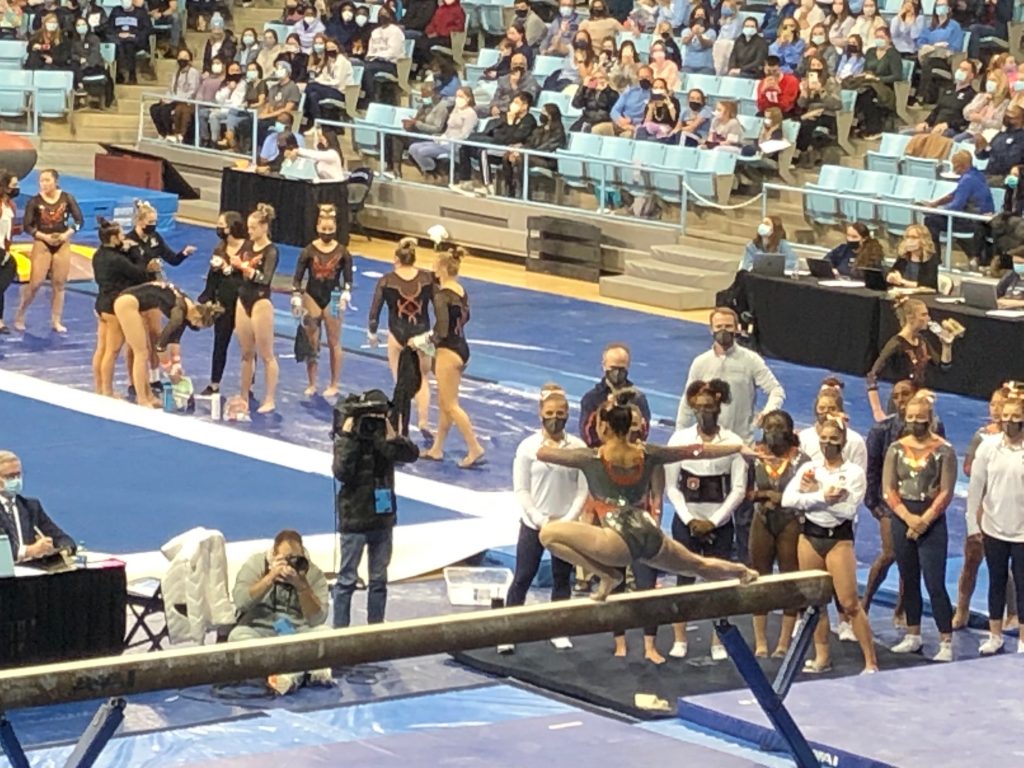 Back in January DaySpring reached out to me to help promote their new devotional journal, 100 Days of Praise & Positivity, by Maghan Taylor of All She Wrote Notes! They sent me a copy, and generously offered to gift several of my Instagram followers with their own copy. Each day of the 100 Days of Praise & Positivity devotional journal features a Bible verse, some personal reflections from Maghan on what God has taught her, a hand-lettering exercise, and a space to write something you’re thankful for. It was so sweet to have some of my giveaway winners message me just how timely it was for them to win this devotional. You can grab your own copy of 100 Days of Praise & Positivity here. It is under $20, and would make a great graduation gift, birthday gift, or last minute Mother’s Day gift! 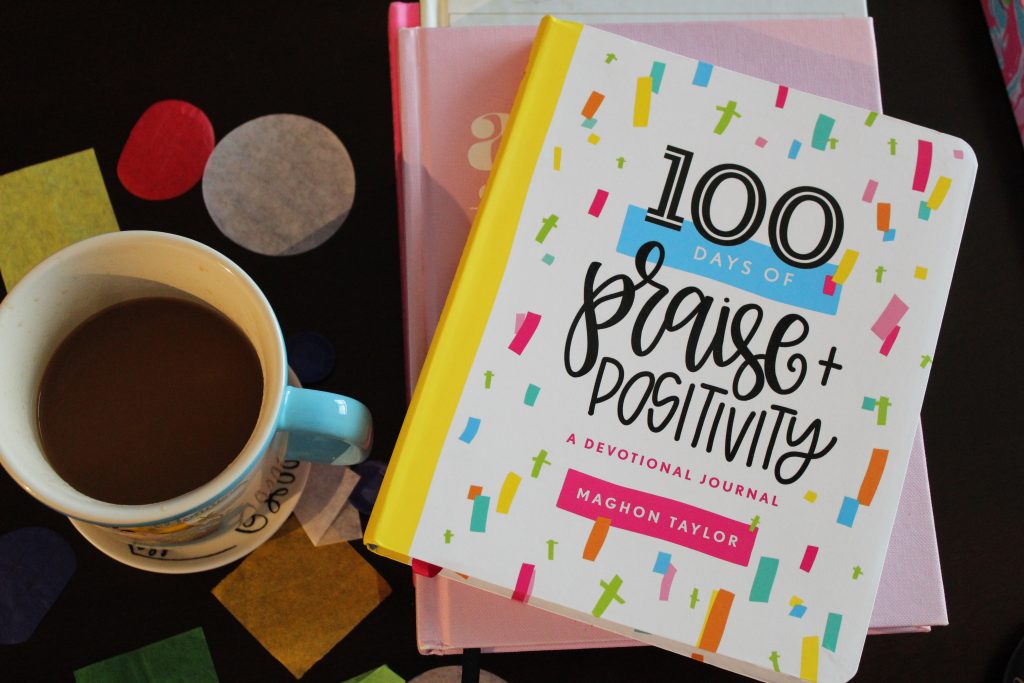 I loved the Christmas and Hollywood Studios Disney World Starbucks ceramic travel tumblers I bought in December so much that I grabbed the Magic Kingdom and Epcot versions when shopDisney had a free shipping promo in January. These designs have retro vibes in honor of Walt Disney World’s 50th anniversary. I especially love how the Epcot tumbler prominently features Figment. It brings back so much nostalgia of childhood Disney World trips! This Starbucks ceramic travel tumbler is my favorite style of travel mug because it keeps my coffee warm for longer than a plastic travel mug. 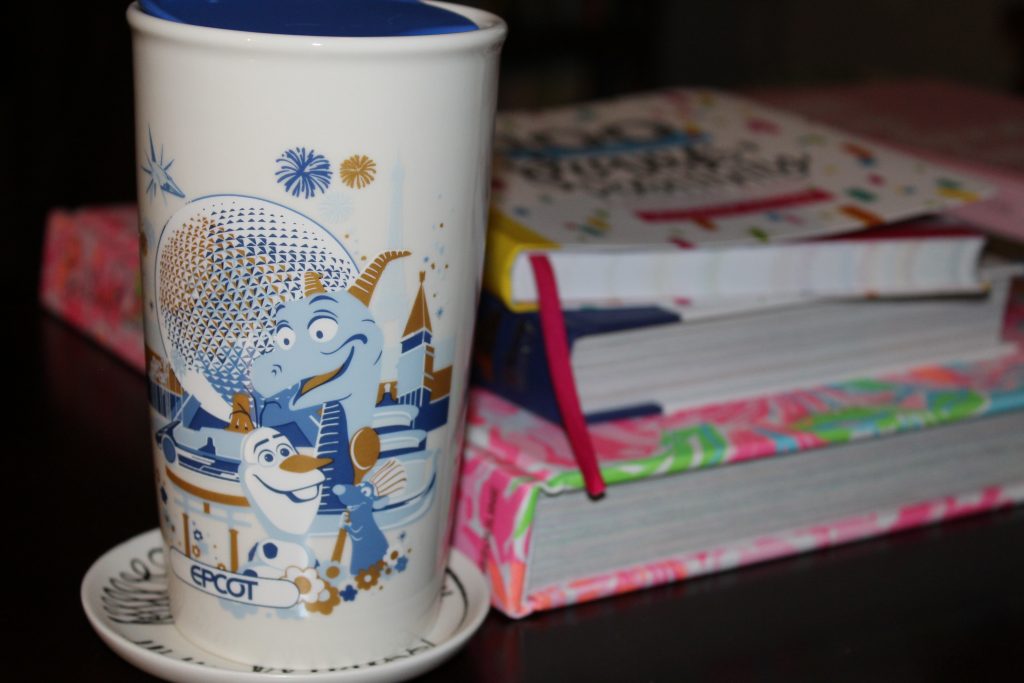 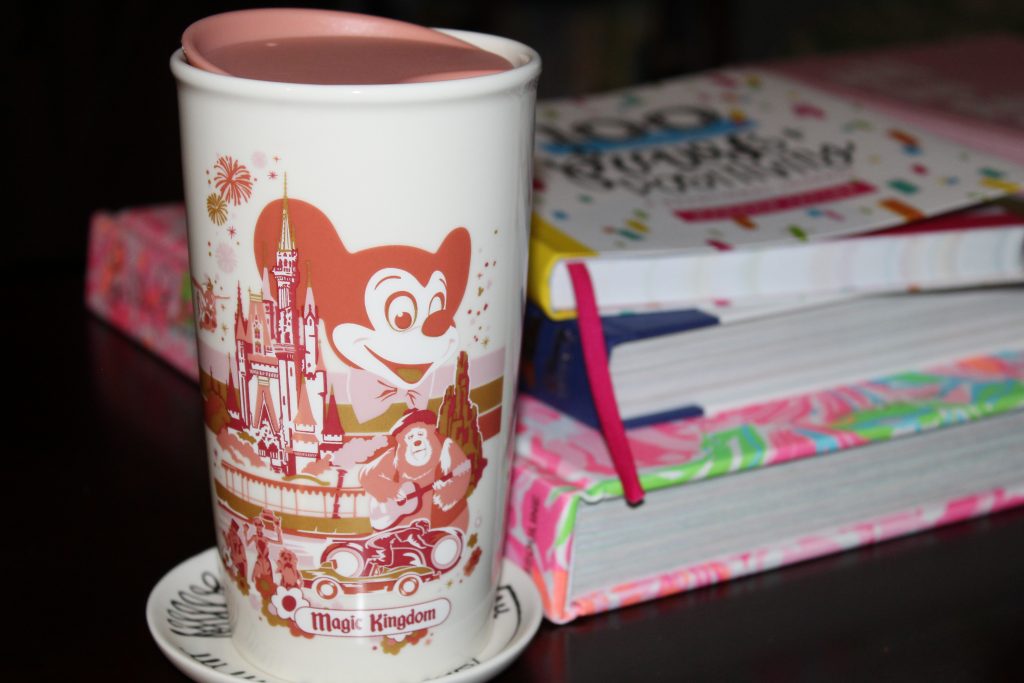 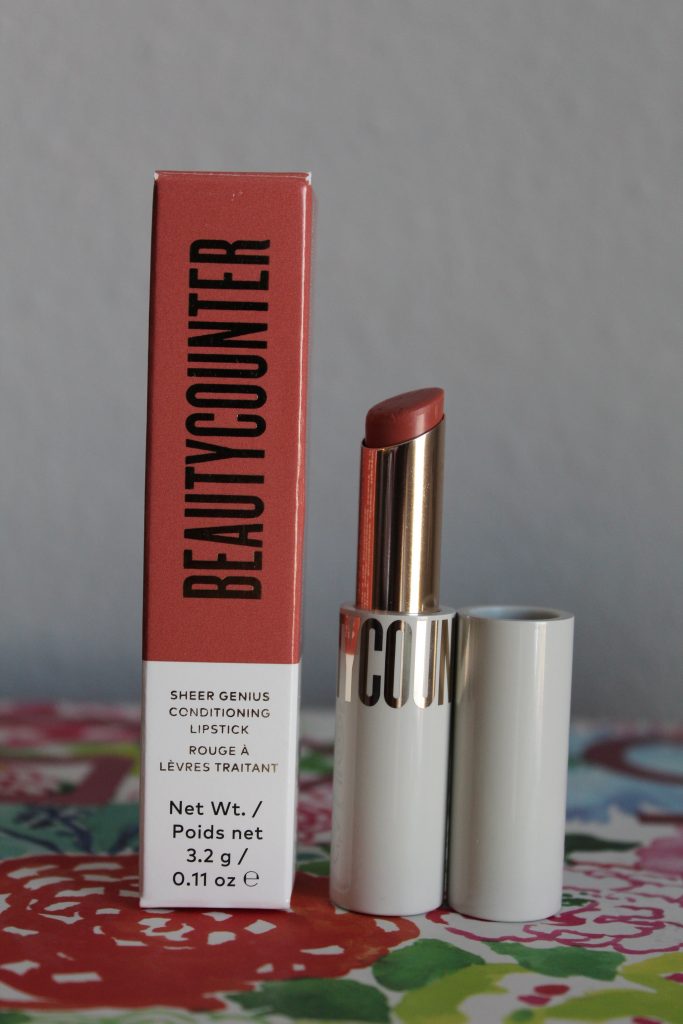 I had been wanting to watch the Netflix docu-series Cheer for awhile. Since Season 2 came out in January 2022, I figured it was time for me to finally start watching Season 1! If you’re not familiar with the show Cheer, it follows the Navarro College cheerleading team as they train for NCA College Nationals in Daytona. Navarro is a community college in small-town Corsicana, Texas, but Cheer put it on the map! It was especially fascinating watching all the complicated stunts. I was able to go right into Season 2 after finishing the first season, and finished the whole series by the end of February. This was one of the items on my January/February bucket list that I checked off!

In January 2022 we had significant accumulations of snow in Durham for the first time in over three years. Usually we have at least one good snow each winter, but December 2018 was the last time we had any type of wintry precipitation that really stuck. The snow and ice we got in on two different weekends in January 2022 didn’t stay around for more than a day. But it was pretty to look at while it lasted. 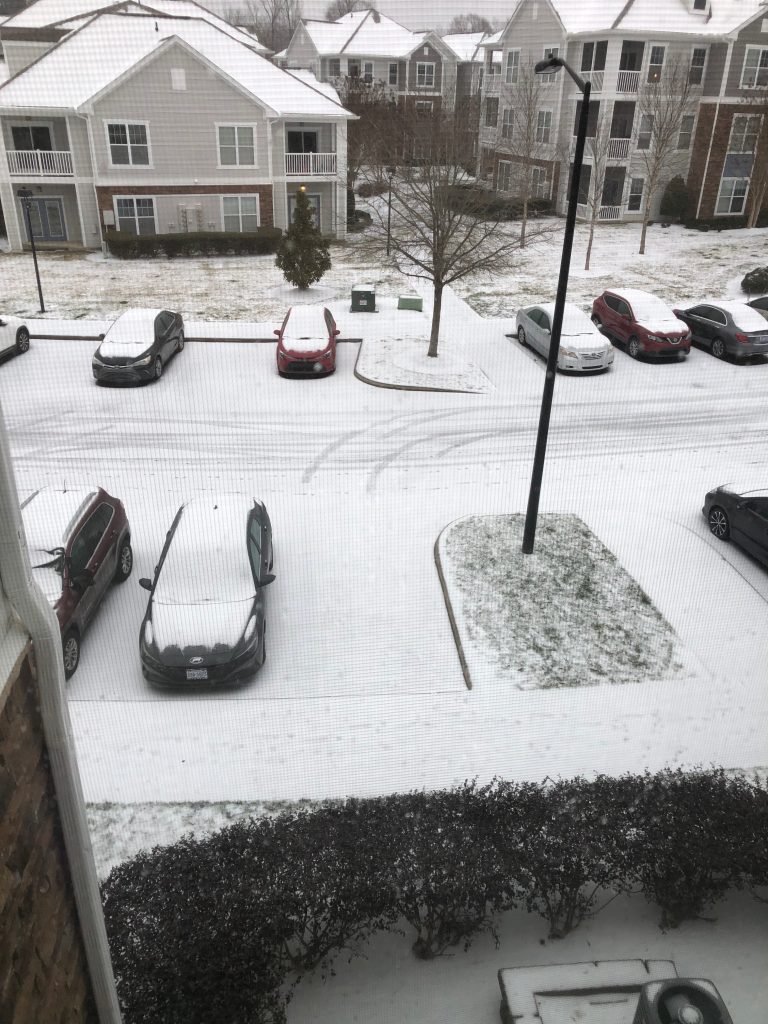 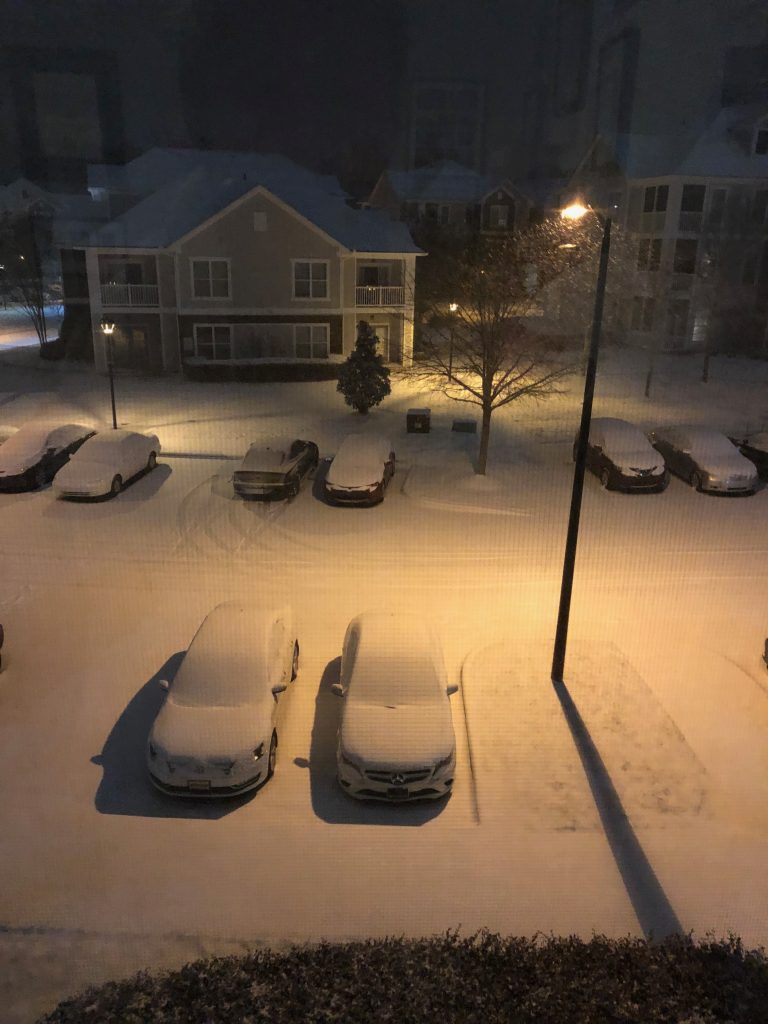 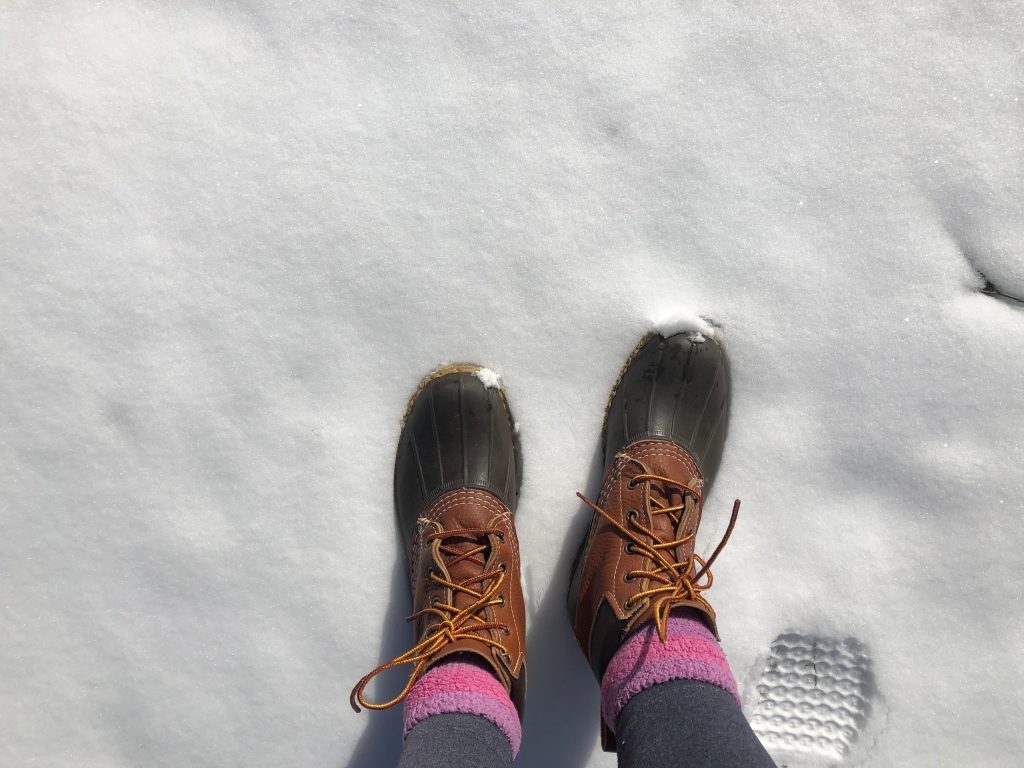 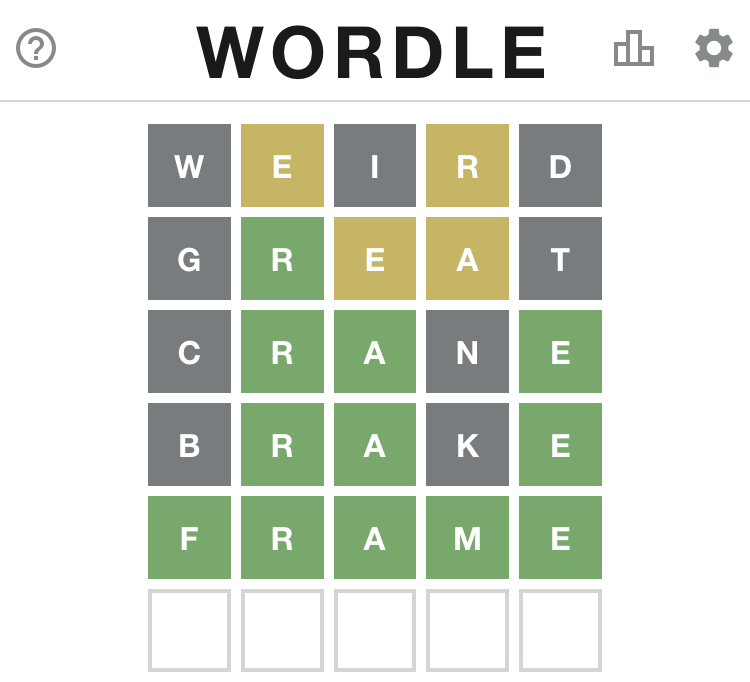 Although I struggle with singleness, I no longer despise Valentine’s Day. It’s a fun opportunity to watch movies, eat pink and heart-shaped candy, and enjoy all the pink things. This year I continued my tradition of watching the movie Valentine’s Day. I made my famous covered pretzels, and a coworker gave me these cute Mickey & Minnie Mouse Valentine’s stickers. In addition, I gave fun little Valentines to the girls in my Bible Study Fellowship discussion group-a throwback to elementary school style Valentine’s exchanges!

(Check out this post for more tips on how to make the most of Valentine’s Day when you’re single!) 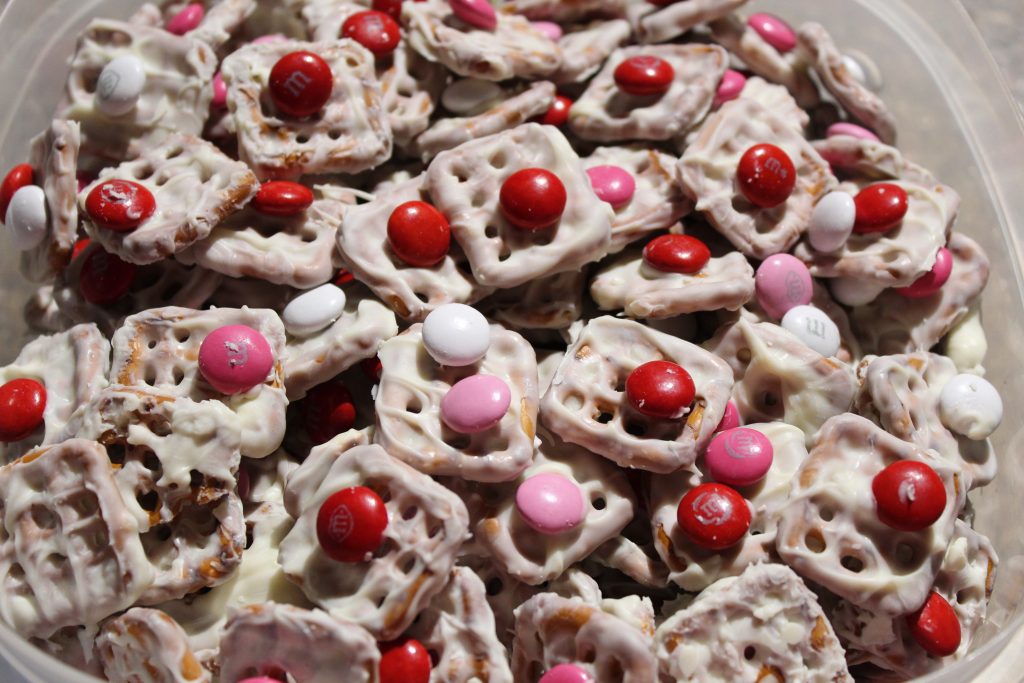 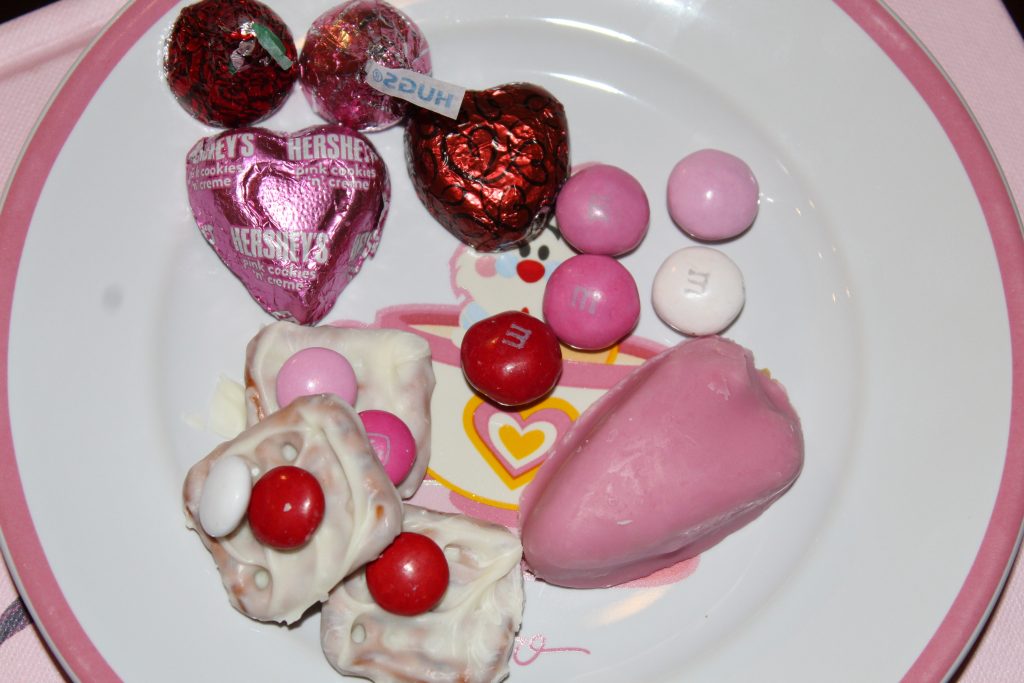 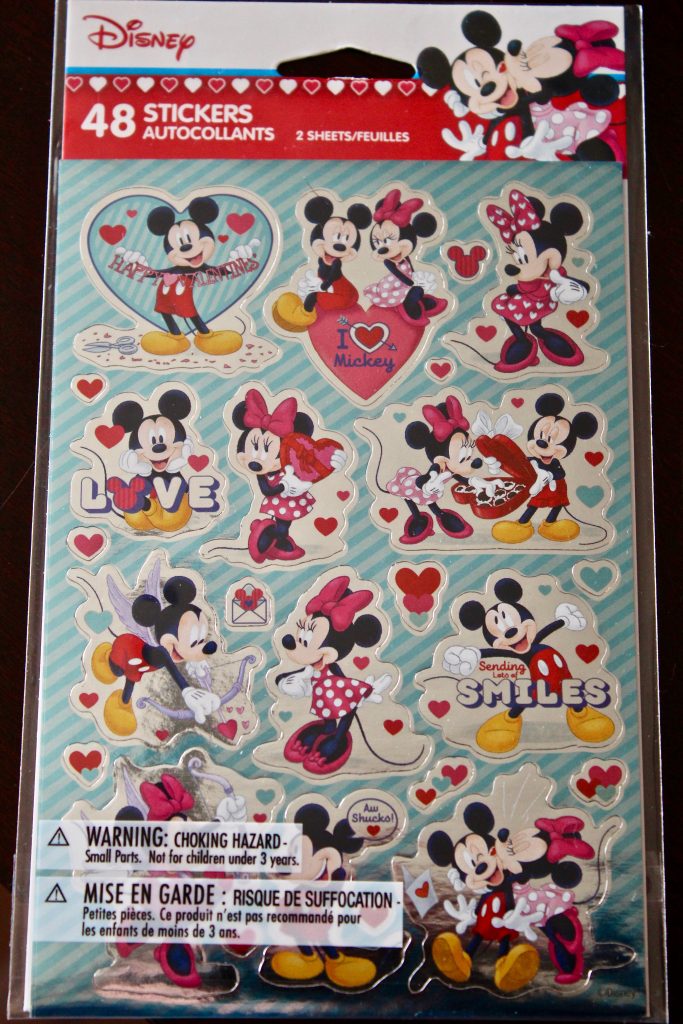 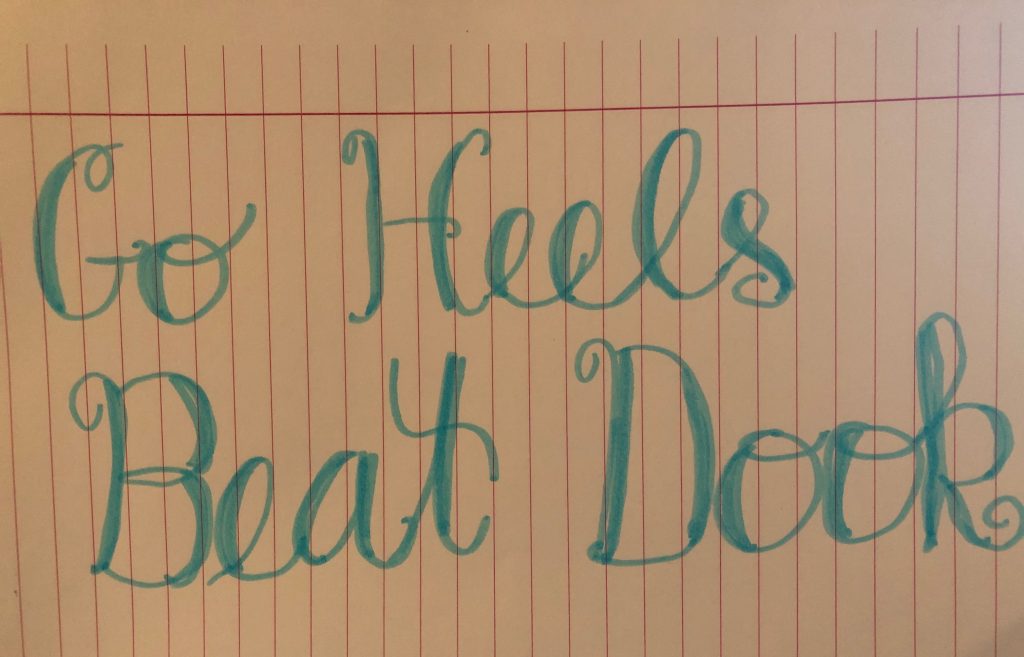 February was Girl Scout cookie month! I was happy to get some cookies and support a troop that someone at my church leads. I got a box of Shortbread, Thin Mints, Caramel DeLites, Toast Yays, Lemonades, and Peanut Butter Sandwich. 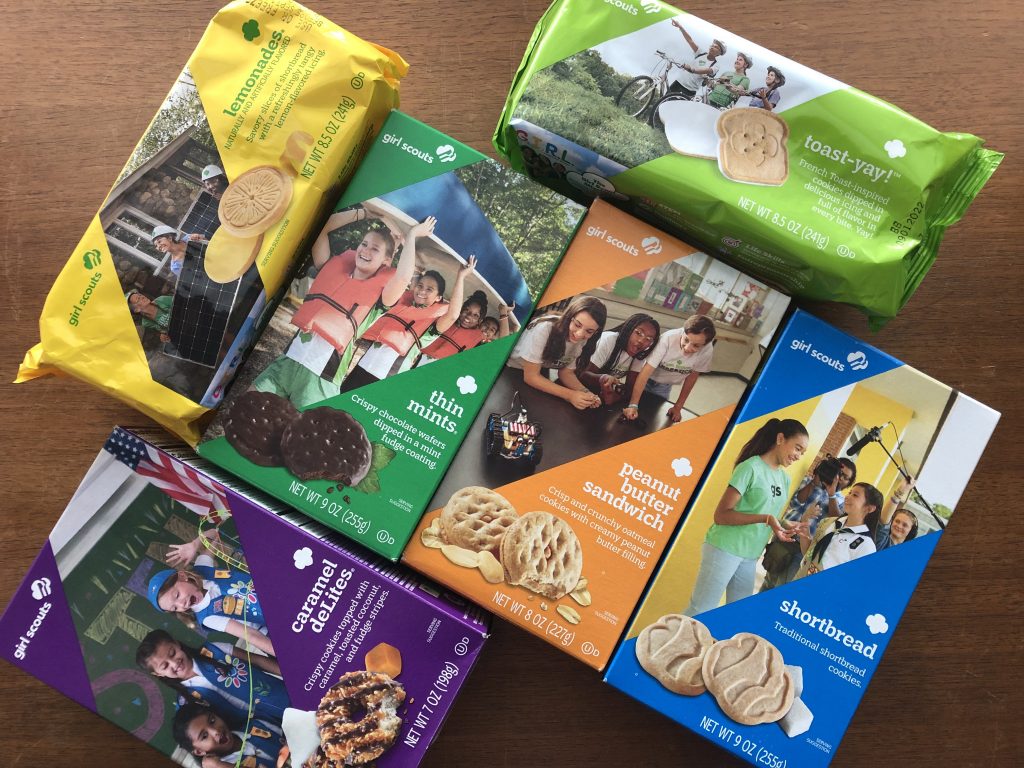 Between the controversy over the 2022 Winter Olympics being held in China and the Russian figure skating doping scandal, there was definitely a shadow over the 2022 games. These Olympics weren’t the fully joyful unifying event like past games. However, there were still some high points, and I enjoyed watching the prime time coverage each night. One highlight was seeing Nathan Chen win the gold for the US in men’s figure skating. And Japanese skater Wakaba Higuchi’s amazing free skate routine to music from The Lion King offset some of the unfortunate drama in the women’s figure skating competition. She finished 5th, but I really think she should have won a medal! 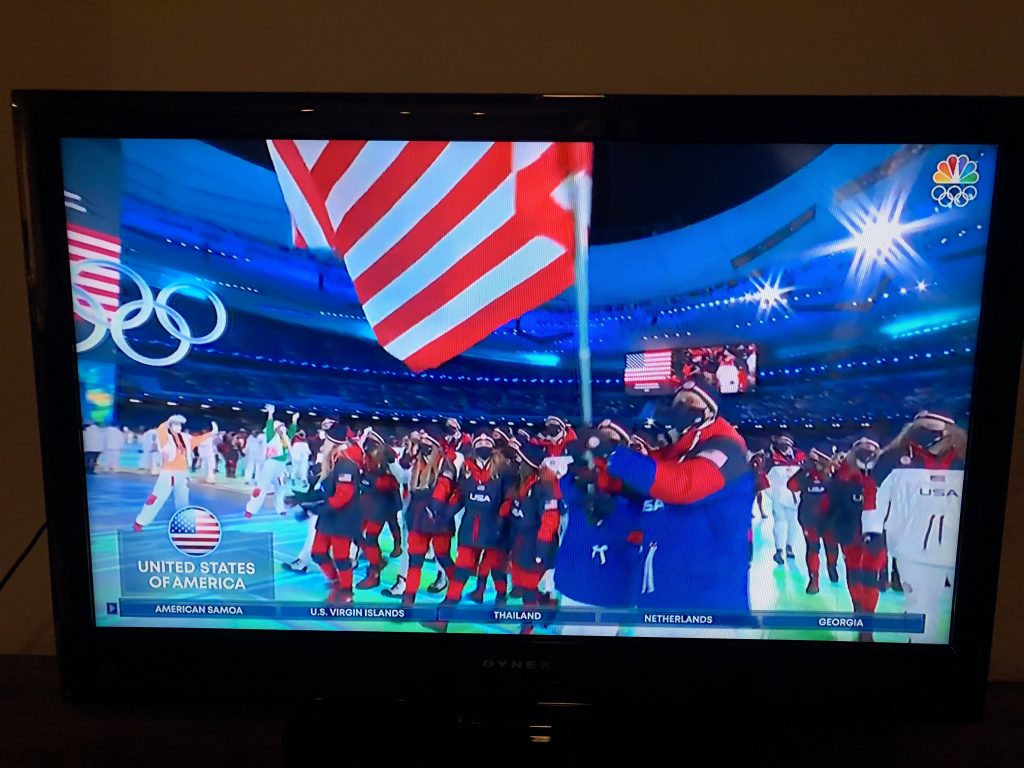 Ever since I got my first pair of Sarah Flint Sacchetto Flats last fall, I had been eyeing them in additional colors. So, I was really excited in February when the Espresso Suede Sacchetto Flats became a rewards pair option for Sarah Flint brand ambassadors. I love how the patent tortoise toe cap and button stand out against the espresso suede portion of the shoe, especially the way the sun hits it. The Sarah Flint Sacchetto flat comes in four core colors, plus some limited edition colors. They are so comfy as well! You can save $50 on your first pair of Sarah Flint shoes with code SARAHFLINT-BALIZS. 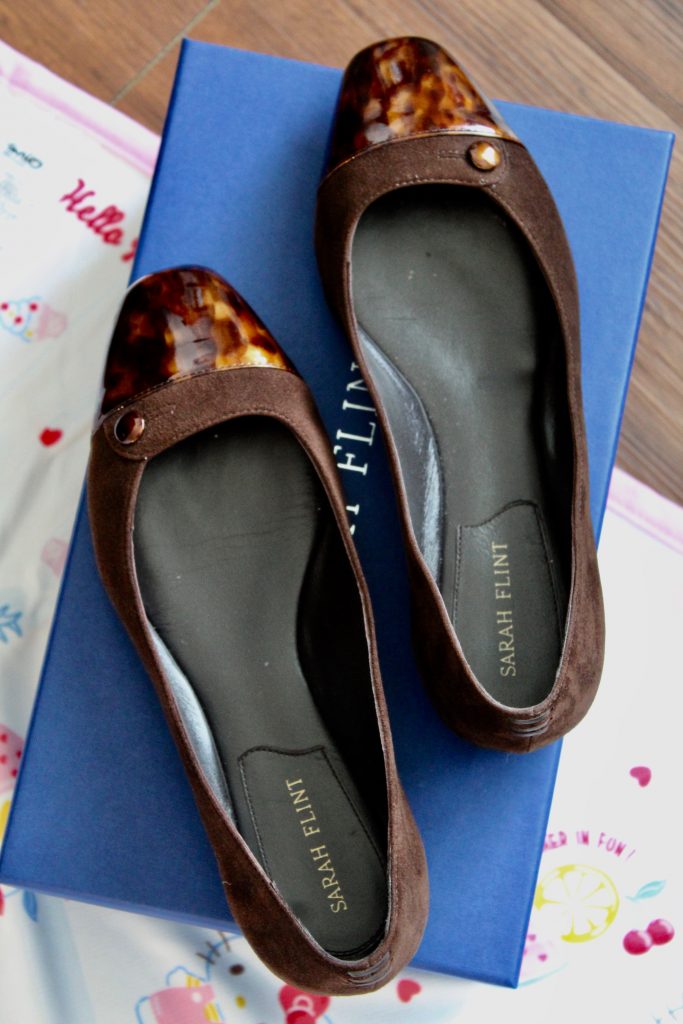 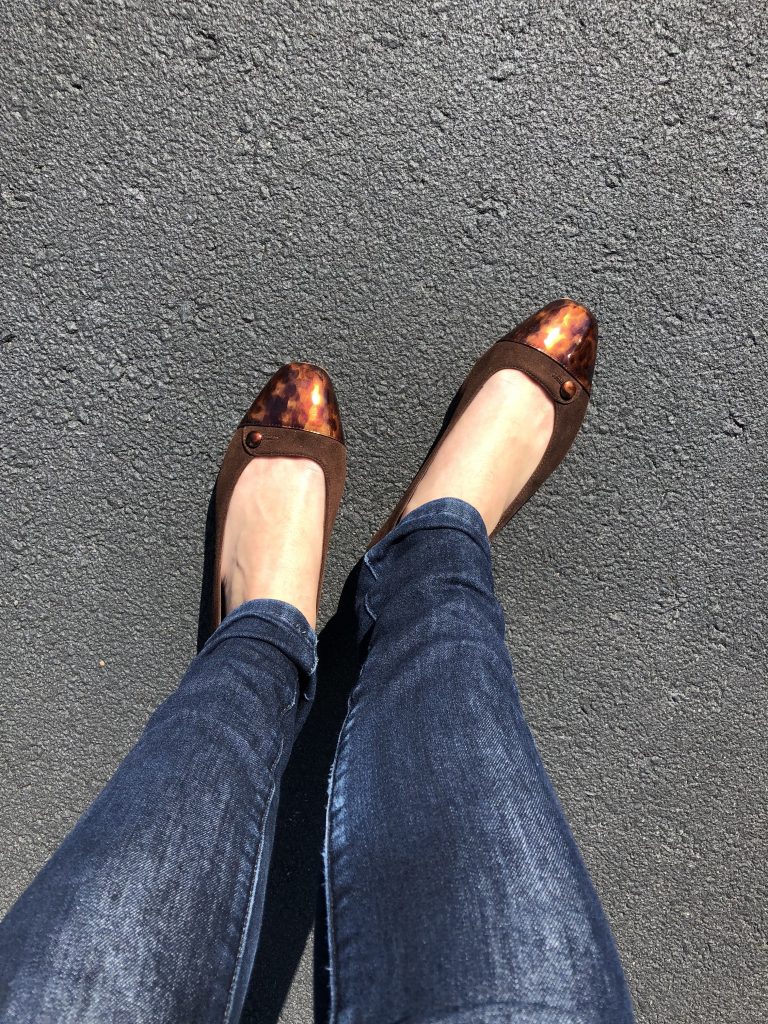 I honestly hadn’t heard of Dot’s Pretzels until someone at church mentioned them last year. Previously, I had always associated “Dots” with the flavored gumdrop candy by Tootsie Roll. (I know they aren’t the most popular candy, but I actually love them!) Anyways, I was at my parents’ house in February, and they had some Dot’s Pretzels. I tried them for the first time then, and absolutely love them! It’s honestly hard for me to describe the seasoning, so you will just have to try them for yourself. They are the perfect savory snack, and I have purchased multiple bags for myself since trying them at my parents’. Although Dot’s Pretzels are a bit more expensive than other brands of snack food, they are worth the splurge! 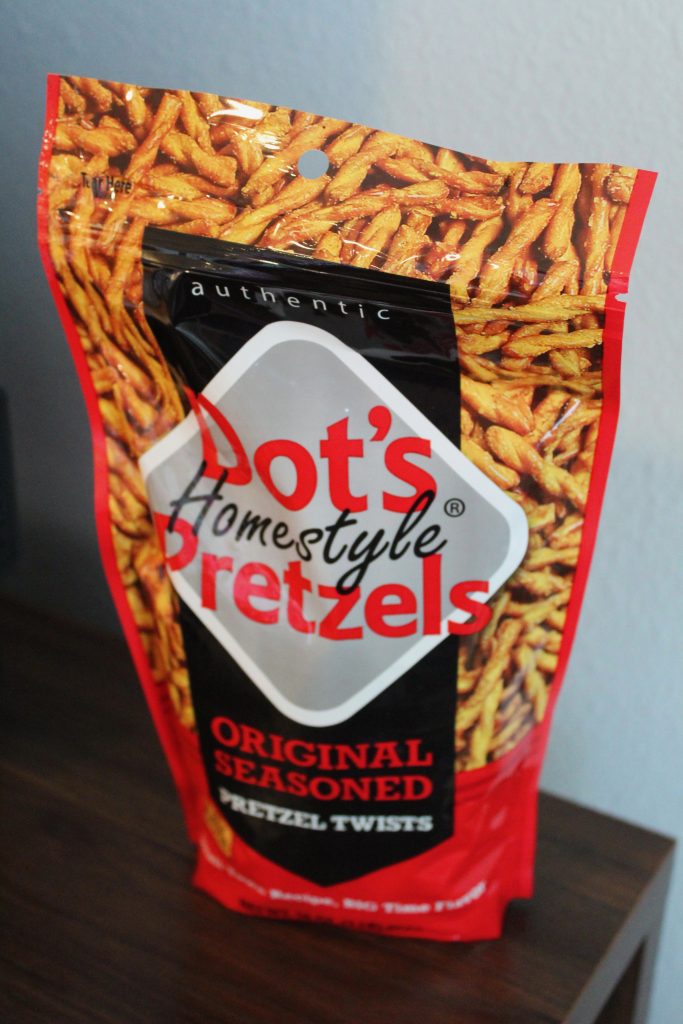 During the last week of February, my mom told me Blizzard’s (our almost 18-year-old cat) health had taken a turn for the worse and we were going to put him to sleep soon. I am thankful that I only live about 35 minutes away from my parents, so it was really easy to spend a lot of time at their place during the final week of Blizzard’s life. Although the reason I spent a lot of quality time with Blizzard in February 2022 is sad, I will forever cherish those moments I spent with him during the final days of his life. I will write a more detailed tribute post to Blizzard later. But for now, you can check out this Instagram post for a few thoughts on what he meant to me. I miss him so much, but am thankful he is no longer in any pain. 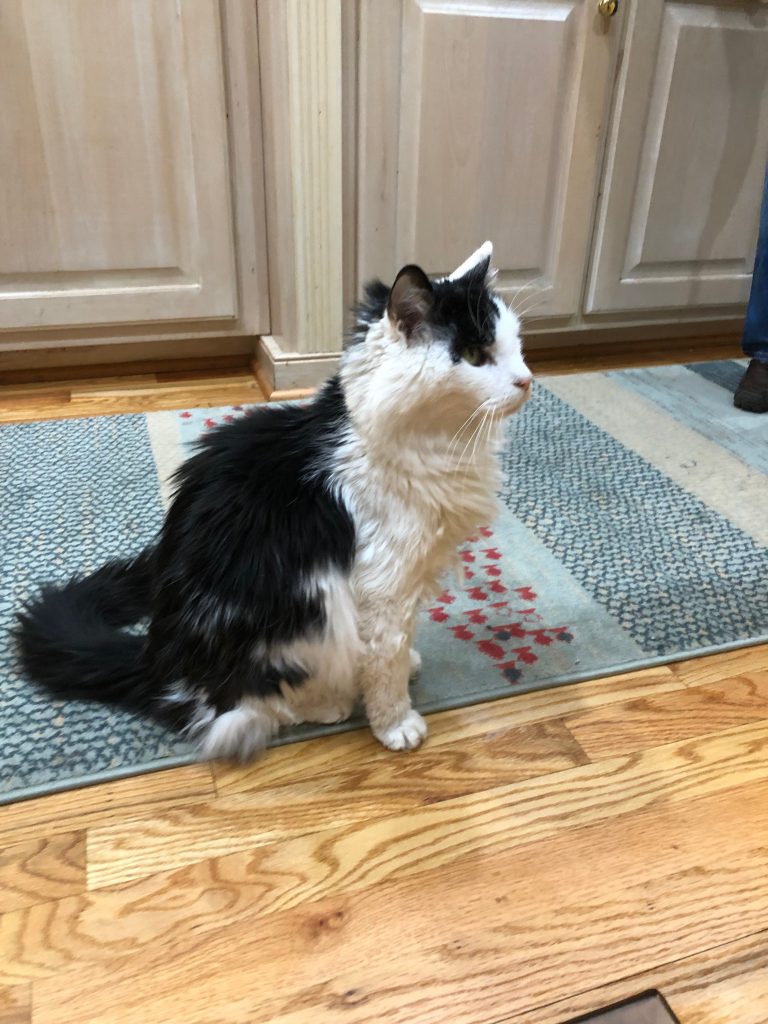 This picture is of Blizzard looking as my dad lovingly cooked him a piece of chicken in his final days. His eating habits got increasingly picky in his later years, but he would still always go for some chicken. Even though he was down to literally half of his normal weight, Blizzard was handsome to the very end!

Thanks for reading this very belated recap post of the beginning of my 2022. Stay tuned for my March and April 2022 Favorites blog posts coming soon as I continue to catch you up on what I’ve been up to!

Ps. To keep in touch, you can follow me on Instagram, Facebook, or Twitter. In addition, I’m on Pinterest and would love for you to follow me there. I’d also love to add some extra happiness to your inbox with my e-newsletter, and you can sign up here. You will also get my FREE mini ebook on “How to Build Your Wardrobe on a Budget”! 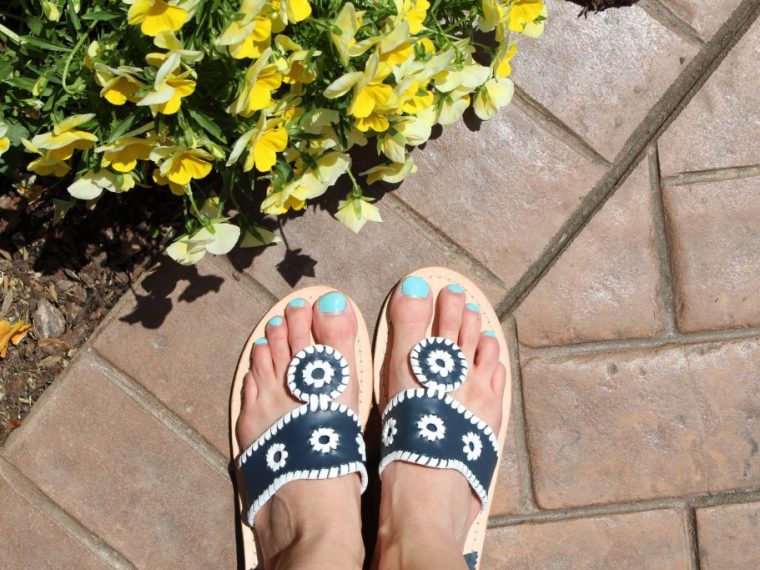 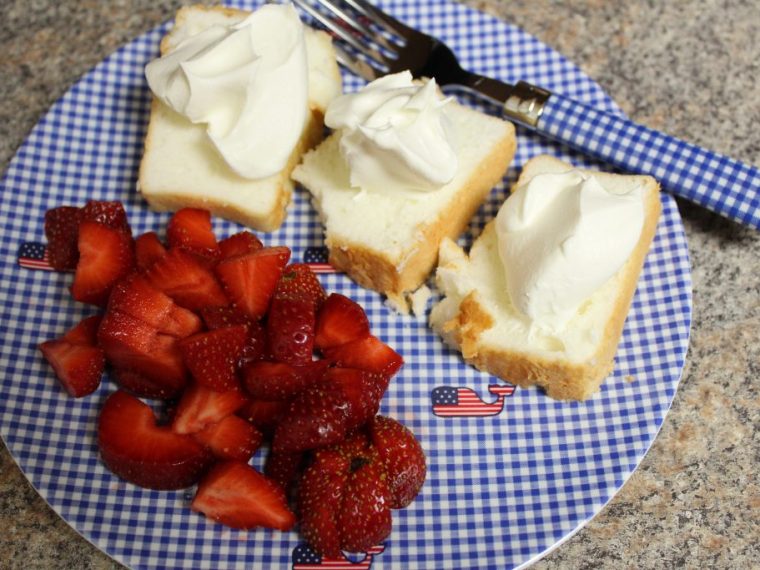 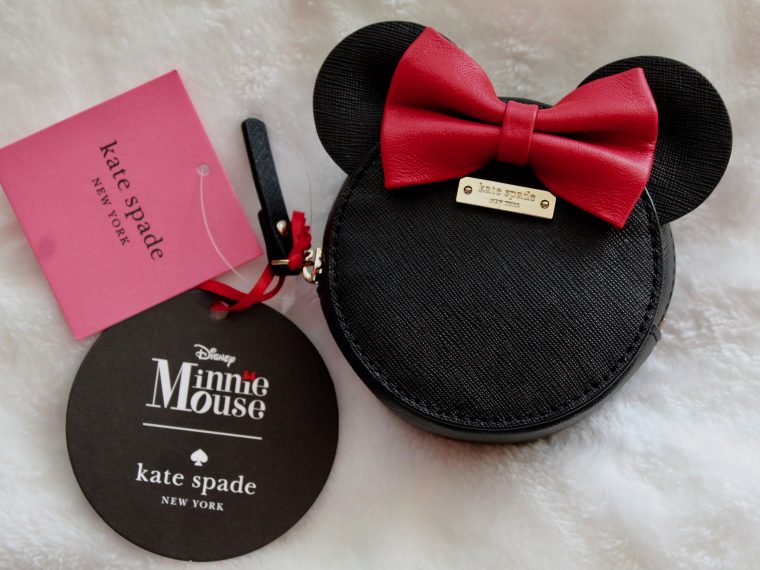