Hope y’all had a very Merry Christmas! I’m personally celebrating until New Year’s Day. This stretch of days between Christmas and New Year’s is honestly the best time to slow down and continue to take in all the Christmas festivities at a more relaxed pace. Even though there’s still five more days left in the month, I’m doing my December 2019 Favorites recap a bit early this month. Next week I have some reflective New Year’s content planned, so I wanted to go ahead and share my December highlights thus far! Most of my December 2019 favorites have a Christmas theme, so this post is also recaps the 2019 Christmas season!

“Behold the Lamb of God” Concert 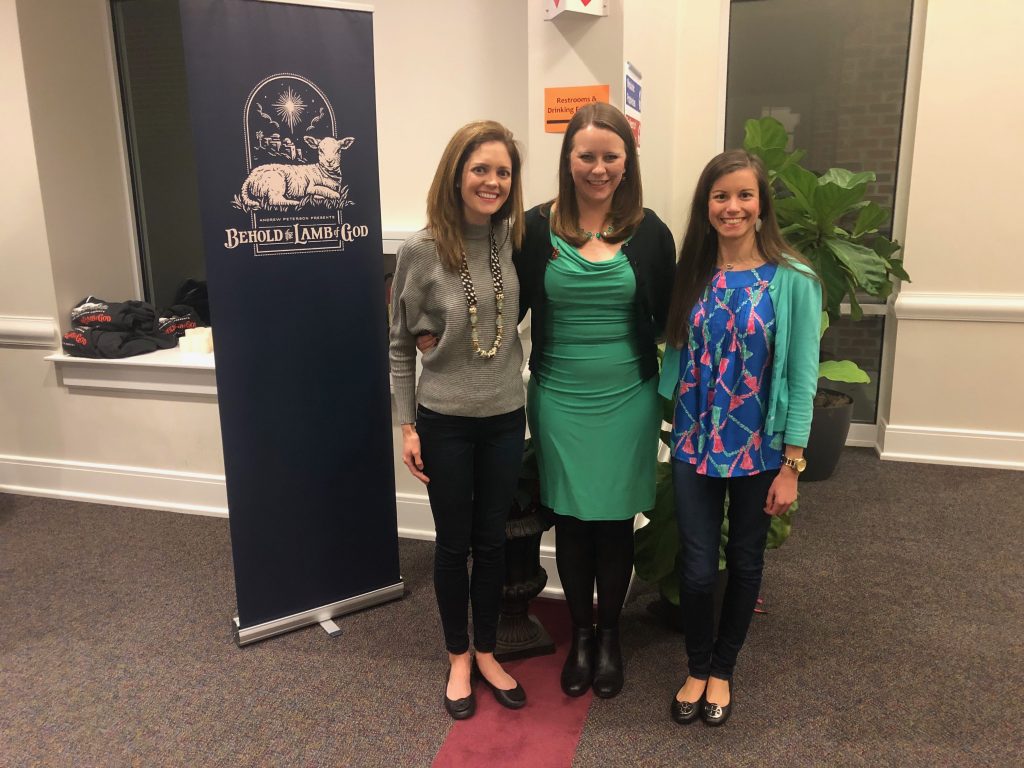 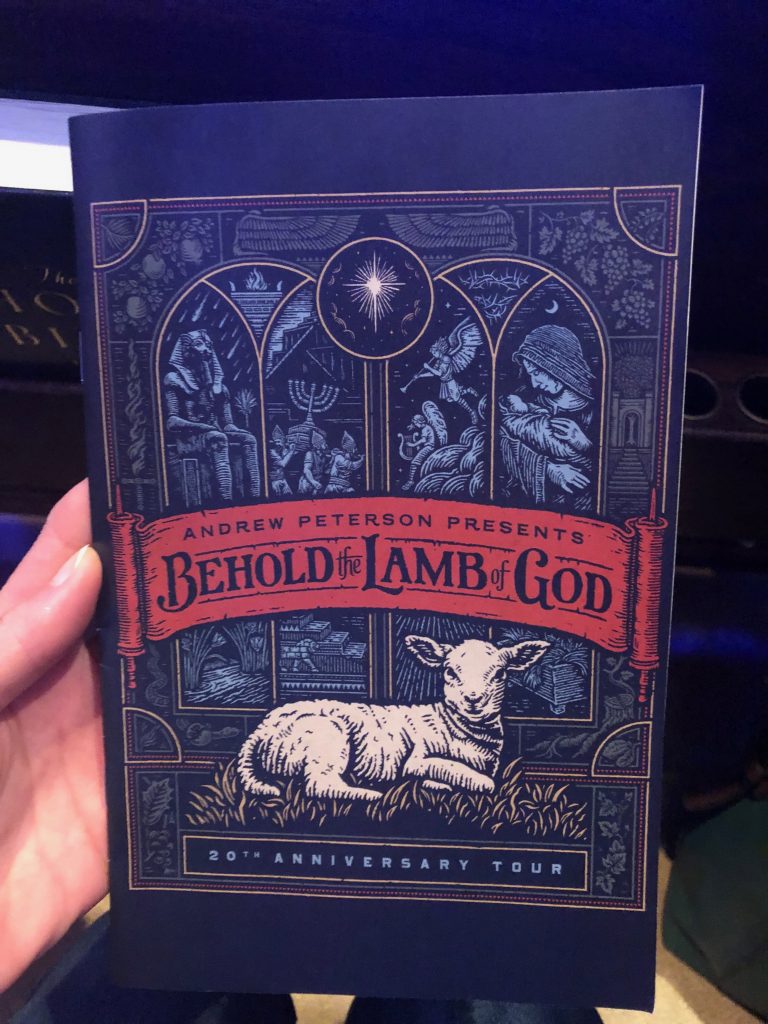 Decorating my little artificial Christmas tree with my favorite ornaments is always a highlight of every December. Here’s a look at my 2019 Christmas tree all decorated. My ornaments are a combination of ones given to me as a child and ones I’ve added to my collection as an adult. One of these years I want to do a blog post where I share more details about some of my favorite ornaments. 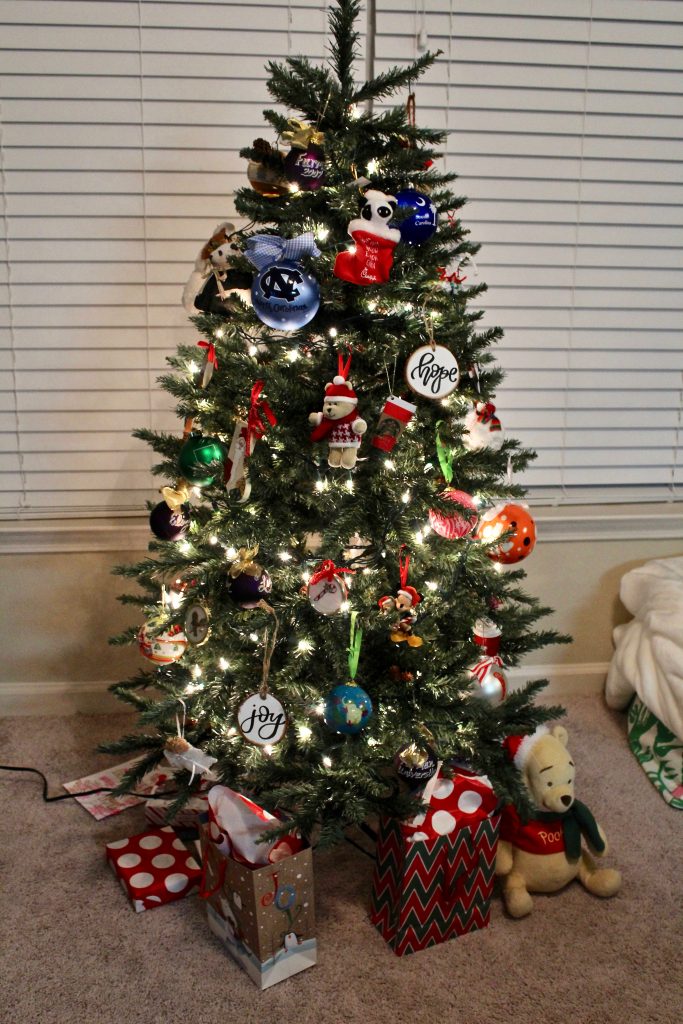 This December I discovered some new (or “new to me”) Christmas songs that I’ve added to my Apple Music Christmas playlists. I’m especially loving CeeLo Green’s version of “What Christmas Means to Me.” I’ve always loved the original Stevie Wonder version of this song. CeeLo Green’s version is very similar to the original, but also has its own distinct flavor. “Santa Tell Me” by Ariana Grande is a cute, catchy song that I’ve added to my Christmas playlists this year as well. In addition, I have zero shame in admitting that I’ve been jamming out to a couple Disney Channel Christmas songs. I heard “The Twelve Days of Christmas” by Isaac Ryan Brown & Roby Rose Turner and “Santa Claus Is Coming to Town” by Kylie Cantrall during the Disney Channel Holiday Party TV special. This version of “The Twelve Days of Christmas” incorporates elements of the Disney Parks. Any Disney fan will find it absolutely adorable! And Kylie Cantrall ties in some familiar musical bars from “Shout” into “Santa Claus Is Coming to Town.” You can check out some of my other favorite Christmas songs in this post.

The Nutrcracker ballet is one of my favorite Christmas traditions. After not seeing it last year, I definitely wanted to make sure I fit it into my December schedule this year. I like to go see a nearby local dance studio’s production of The Nutcracker. Walkerdance Ballet Theater in Alamance County puts on a great performance on the campus of Elon University, and it’s not a far drive from Durham to go see it. The Waltz of the Snowflakes at the end of Act I is my absolute favorite part of The Nutcracker. It’s so beautiful it moves me to tears basically every time I see it! 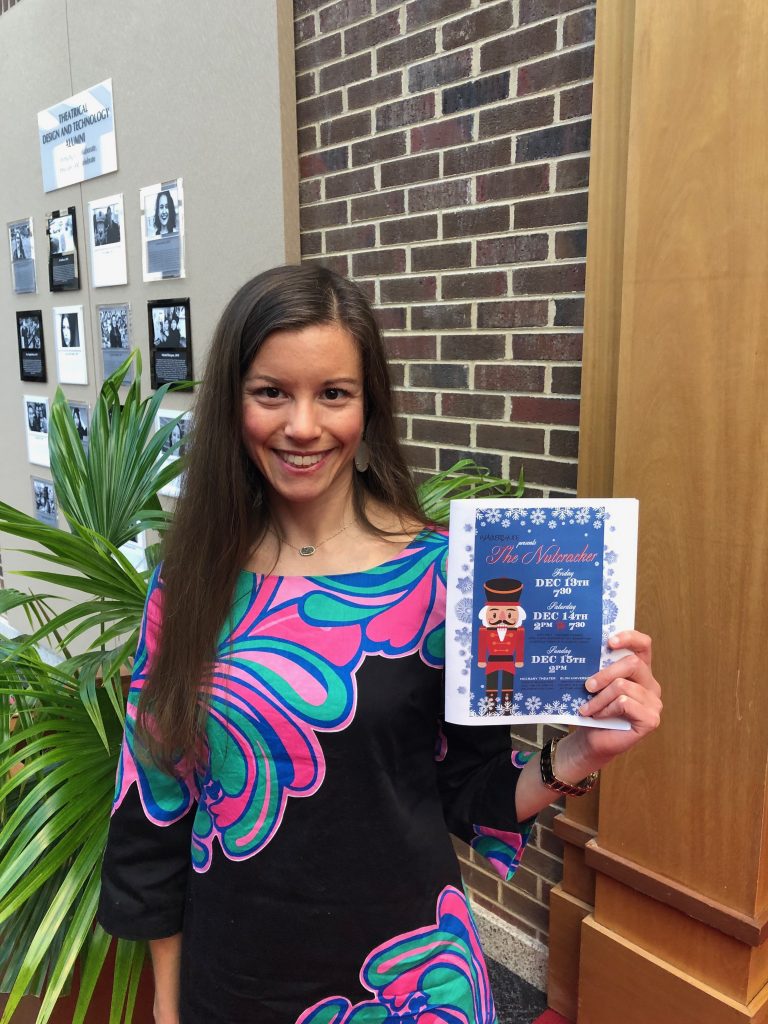 A few of my friends hosted a fun “July at Christmas” party. They had leis and sunglasses that guests could incorporate into their Christmas attire. It was fun to get to catch up with friends and enjoy some delicious appetizers and desserts. 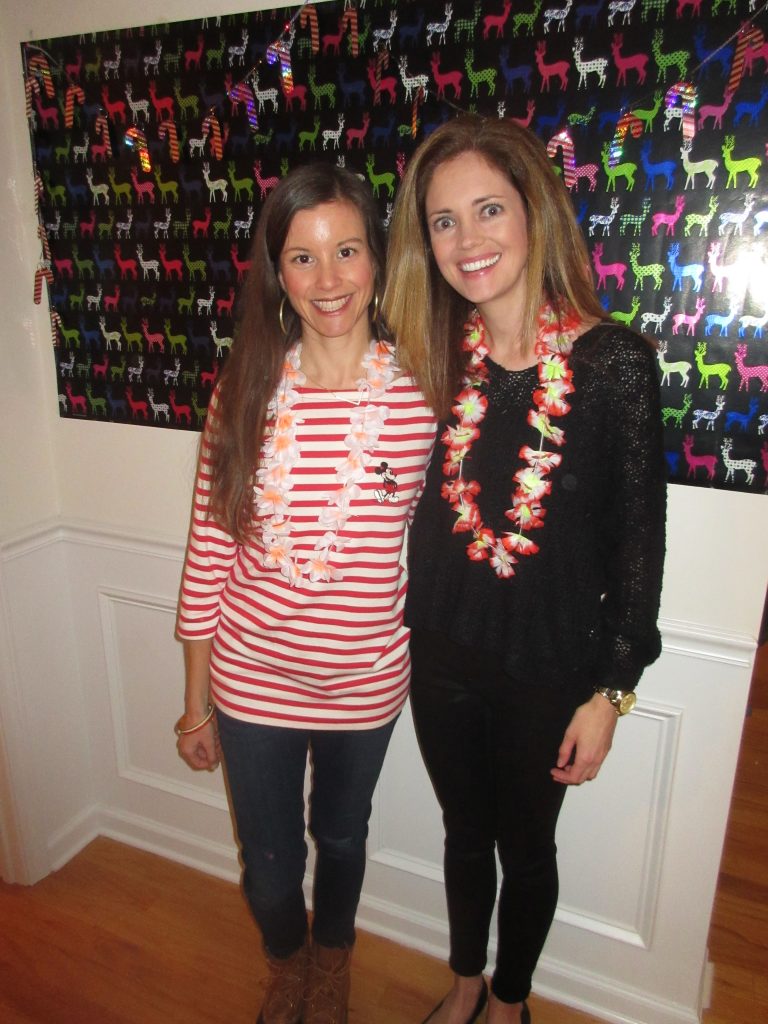 I don’t go to Trader Joe’s often, because the shopping center where the one near me is located gets extremely congested and is hard to get in and out of. Although I like Trader Joe’s, the stress of that shopping center isn’t worth it for me to make regular trips! But when I recently went to the local Lilly Pulitzer signature store (The Pink Pearl) in the same shopping center, I stopped in Trader Joe’s. These iced gingerbread men caught my eye, and I picked up a couple boxes to enjoy during the holiday season. They definitely didn’t disappoint, and will become a holiday season “must-have” goodie for me! 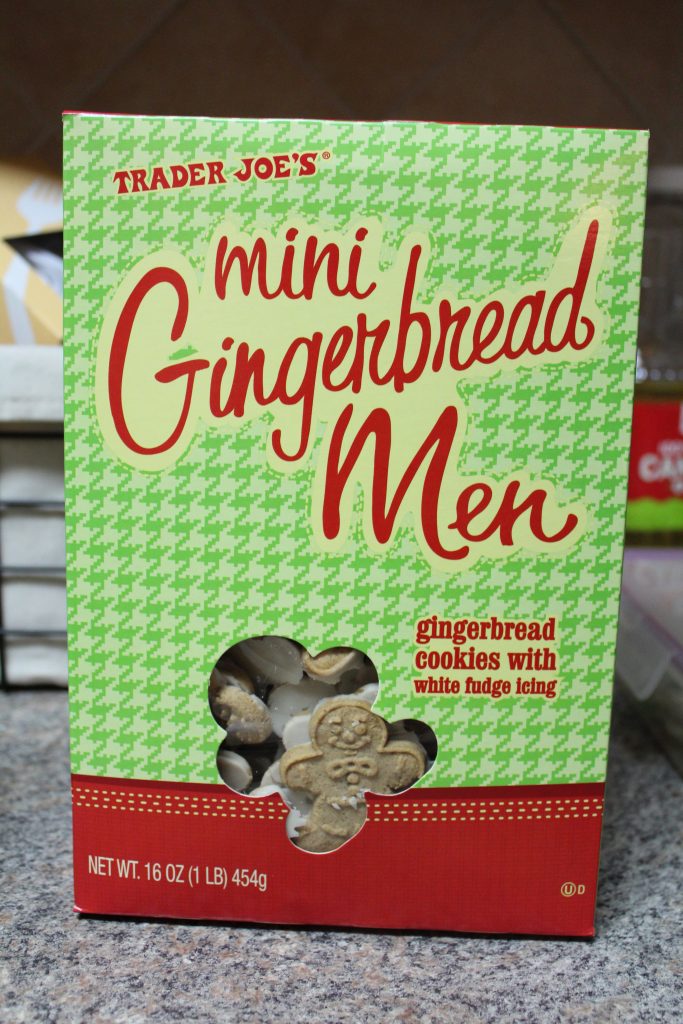 I was extremely disappointed that Starbucks didn’t bring back the gingerbread latte this holiday season. In addition, they stopped carrying pumpkin spice lattes right around Thanksgiving. This is much earlier than usual, because in the past I’ve definitely still enjoyed PSLs until New Year’s. Even though I love a plain latte, I still wanted a festive alternative to enjoy during December. The chestnut praline latte and caramel brûlée latte were alright, but not good enough for me to order continually during December.

So, I decided to make a couple adjustments to make the Starbucks Peppermint Mocha a little bit healthier, and it was winner. I’ve been ordering a venti Peppermint Mocha with skim milk and no whip, and with three pumps of mocha sauce and three pumps of peppermint syrup. There’s normally five pumps of each in a venti. It’s still very flavorful, but less sugar! Then with a grande, I get two pumps each of mocha and peppermint, instead of the standard four. Although this doesn’t totally alleviate my pining for a gingerbread latte, it’s been an enjoyable substitute. 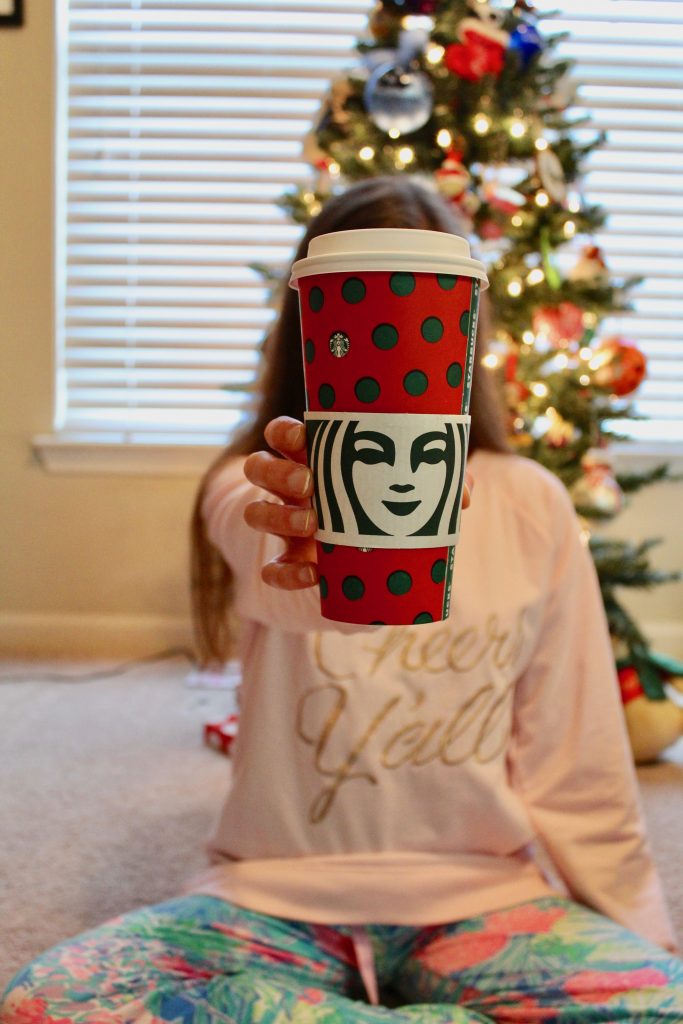 My absolute favorite Christmas season activity is spending cozy nights in by the Christmas tree watching Christmas movies. I plan on watching as many more as I can until New Year’s while I have some good down time. But I’ve definitely made time to watch quite a few so far. My bestie came for a Christmas girls’ weekend a couple weeks ago, and binge-watching Christmas movies was the main thing we did. I’ve watched an assortment of classic favorites (i.e. “Elft”) and Hallmark movies. One of the best movies I watched for the first time this year was “A Nutcracker Christmas” It’s a Hallmark movie that originally premiered in 2016, but this was my first time discovering it. 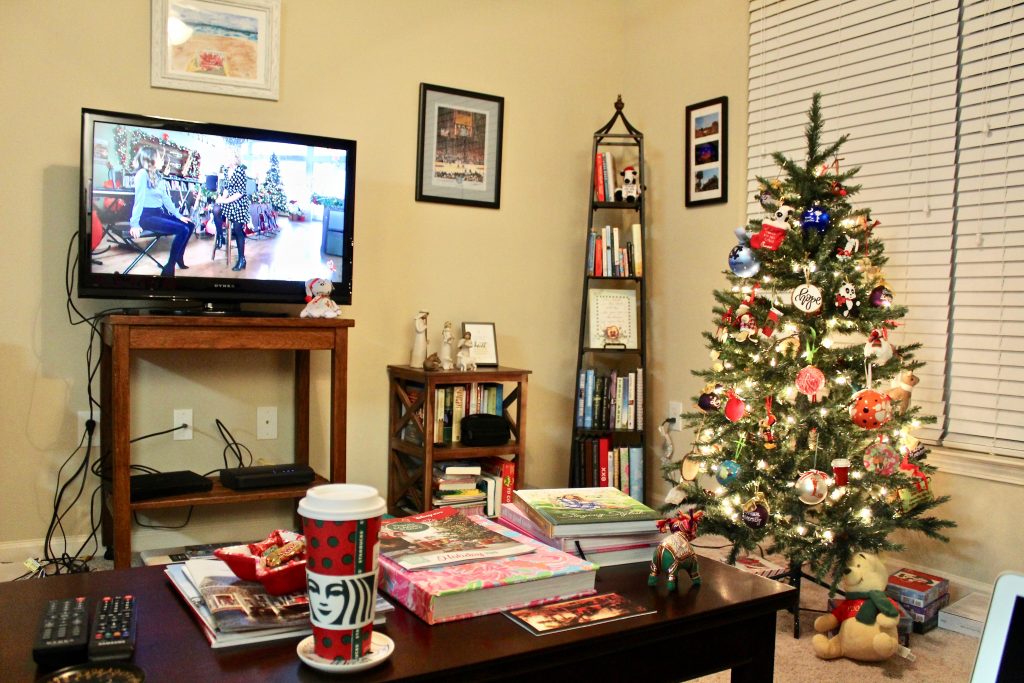 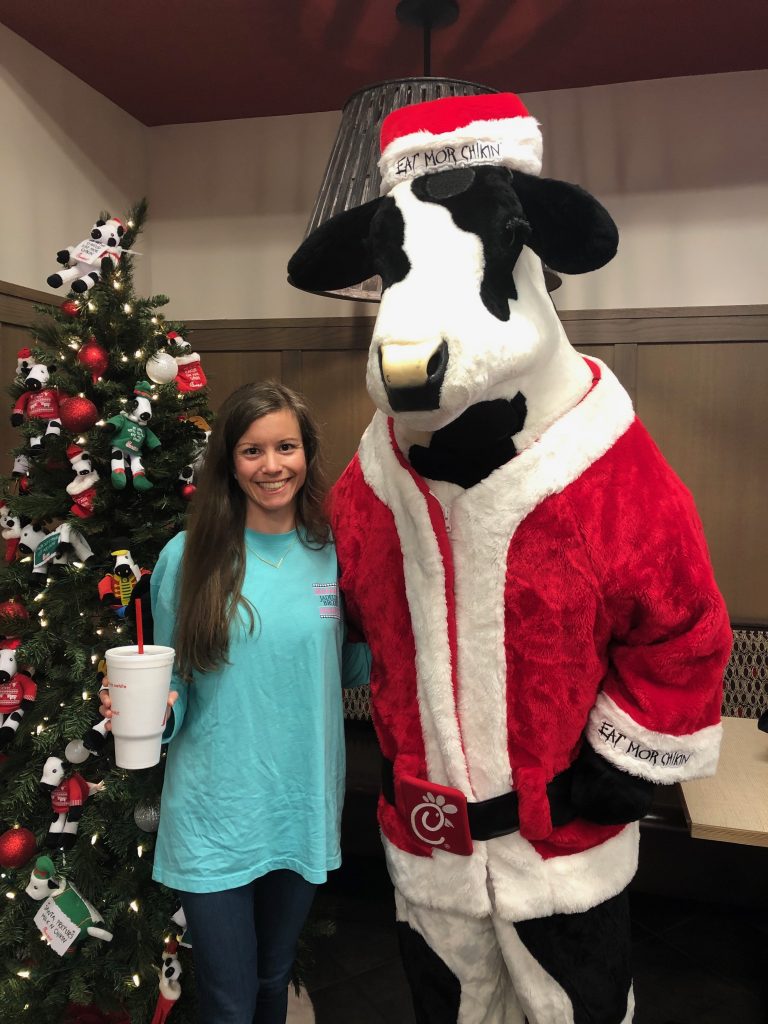 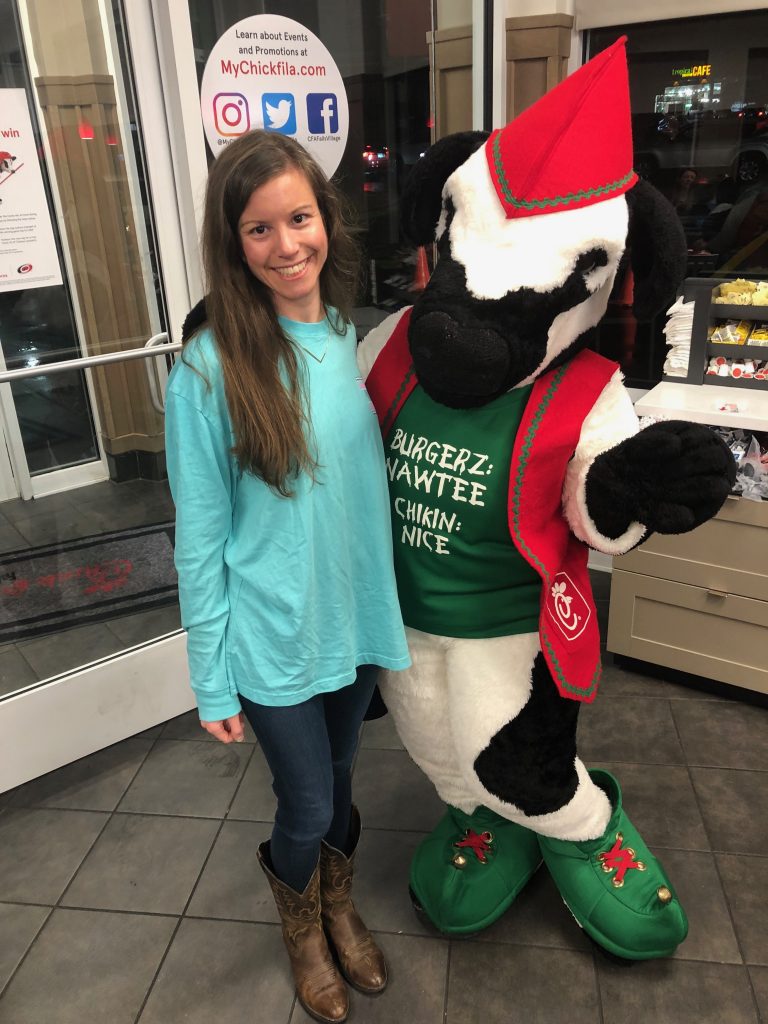 On Christmas Eve morning, I continued my favorite Christmas tradition of going to Moravian Lovefeast service with some family friends. This beautiful church service includes traditional Christmas carols, reading of the Christmas story in Luke 2, and candles. During the middle of the service, they serve Moravian love buns and coffee.

Christmas at the Angus Barn

I already shared details about my Christmastime trip to the Angus Barn earlier this year in this post. But it was such a highlight of my December 2109 I had to briefly mention it again here! 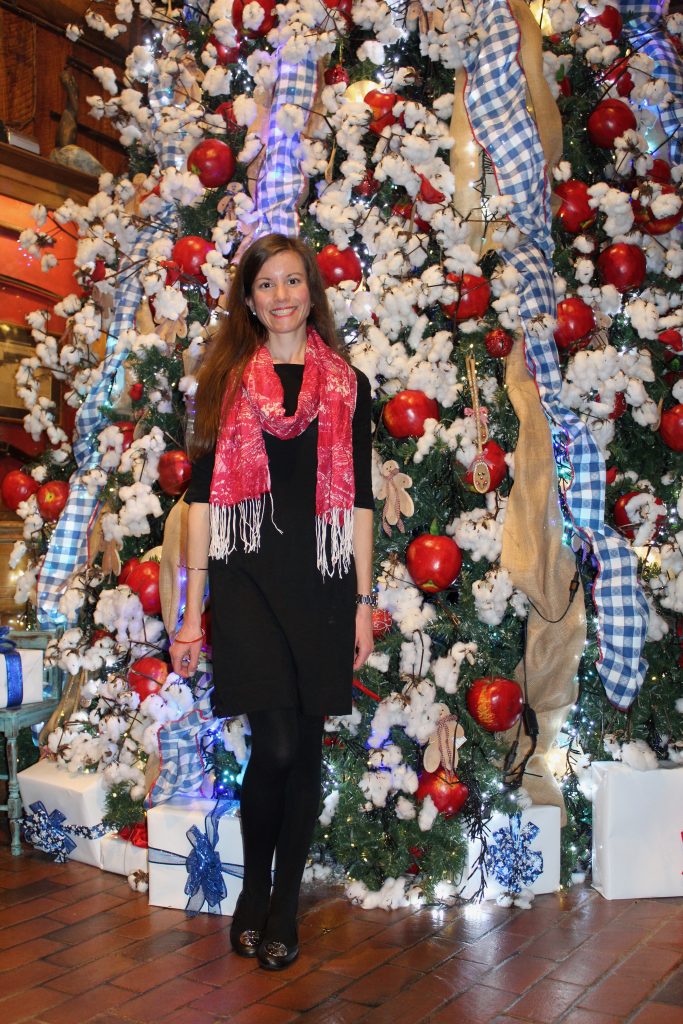 So I realize that Disney+ came out during the first half of November, but I didn’t actually get an account set up until December. I’m getting a year for free with Verizon, but if I wasn’t getting the free year I would still totally pay $7 a month for it! There’s so many things on there. Like it would seriously be so easy not to leave your house for a year due to all the binge-watching! I’m honestly most excited about being able to watch “The Suite Life of Zack & Cody” and “The Suite Life on Deck.” Also, Disney+ has provided some additional options for Christmas movie watching this season. “Noelle,” the Disney+ original Christmas movie, was precious. I’ve also watched some Christmas movies I don’t have on DVD, like “The Santa Clause.” Hoping for some snow days in January so I will have a good excuse to stay home and watch Disney+. 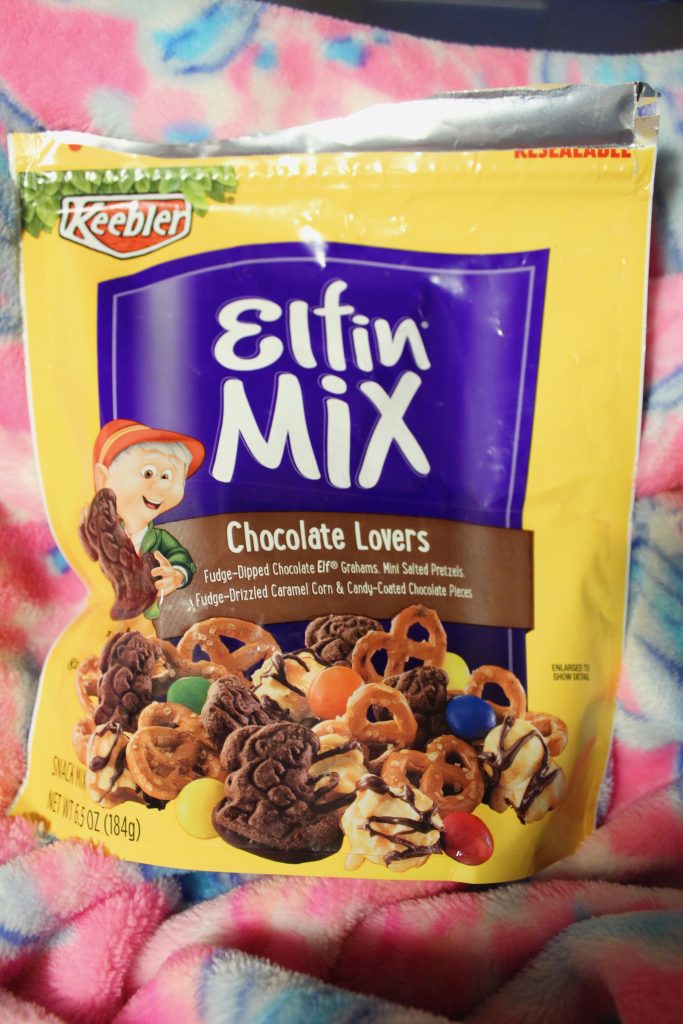 Thanks to my amazing customers, I have had my best month ever in my Beautycounter business. The month isn’t even over yet, and I’ve already hit the personal sales bonus for the first time since becoming a consultant in April. Although the most rewarding part of being a Beautycounter consultant is educating people about ingredients and helping them switch to safer products, it’s still very exciting to hit this sales milestone. You can read more about Beautycounter here, and I will be sharing some winter sale highlights tomorrow!

I hope that y’all enjoyed reading about my December 2019 Favorites. Tomorrow I have my final work day of the year (and decade!) and then I’m looking forward to having a staycation for several days to close out 2019. In addition to relaxing and watching more Christmas movies, my agenda includes cheering on my Tigers in the Fiesta Bowl of the College Football Playoff, and reflecting on the past year and decade.

What have been some of your highlights this December? 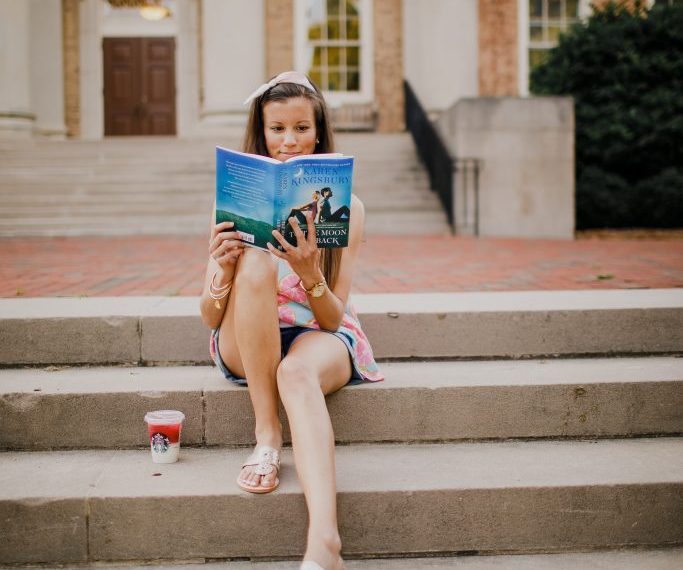 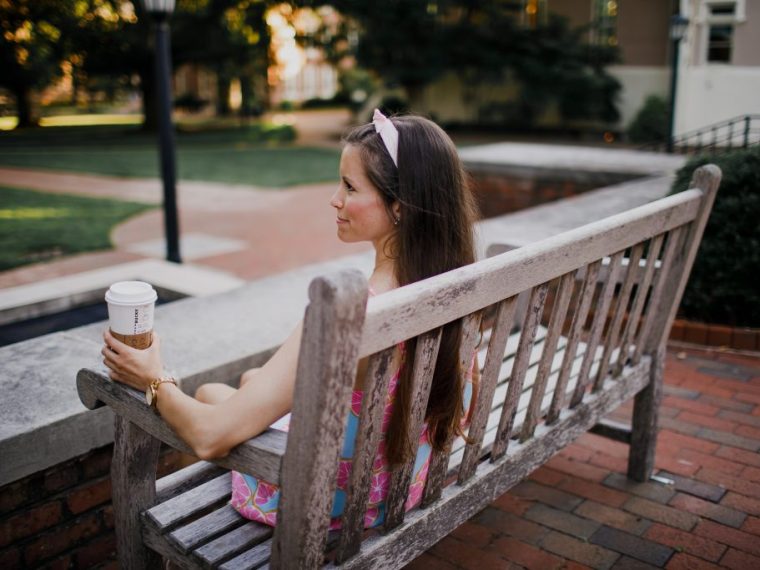 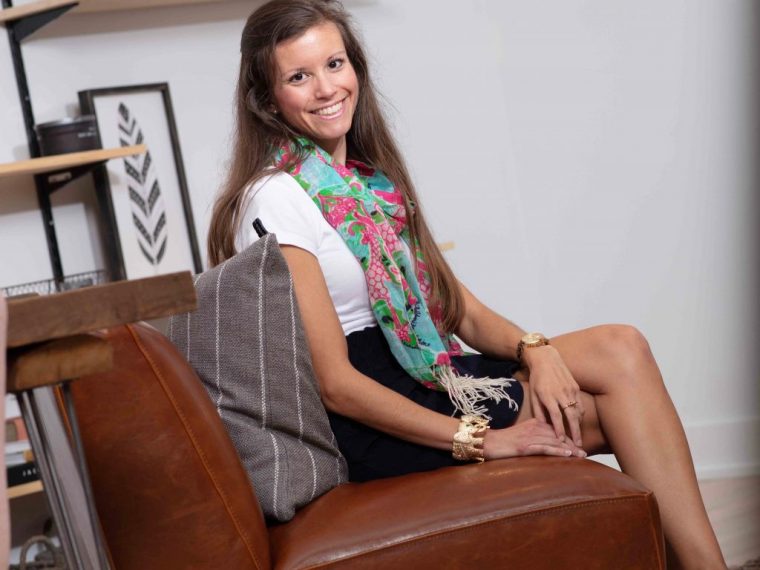 Capture the Moment in Corduroy

My @sarahflint_nyc Mirjana Sandal was the perfect

Prior to getting my Mirjana Sandals, all my @sarah