Hey there-can y’all believe we are in the final hours of not only the year, but also the decade?! Although 10 years seems like a long time, it flies by in a blink. If feels like it was 2010 not that long ago. But when I look back on where I was 10 years ago and how much has happened since then, 2010 feels like another lifetime! So before we prepare to ring in new year and a new decade, I want to reflect on a decade in review: 2010-2019.

A Decade of Resilience

“Resilience” sums up the 2010s in one word for me. This past decade has simultaneously been the best decade and the hardest decade of my life. I’ve experienced moments of great joy. Yet I’ve also been to h*** and back multiple times. Back in 2011 I got abruptly laid off from my first job. I found myself 25, unemployed, with no idea what was next. After a rough year of unsuccessful job searching, I made the difficult decision to leave Greenville, SC and move back to North Carolina. I lived with my parents for 18 months while working part-time. Then God provided me with a full-time job and I moved to the Raleigh/Durham area.

This decade also brought me the worst heartbreak of my life in 2012. This was literally one of the hardest things I’ve ever had to go through. And the first half of the decade contained some additional trauma that was very difficult for me.

However, during the second half of the decade it’s been really sweet to experience God making beauty out of ashes with respect to the aforementioned trials. He’s brought healing and reconciliation both in my heart and in relationships with others. And He’s done so in a way that only He could do. God truly is capable of doing immeasurably more than I can ask or imagine.

While the second half of the 2010s hasn’t had quite as many dramatic events as the first half, it’s still had difficult moments. I continue to battle episodes of anxiety, depression, and discontentment, But thanks to the grace of God, I’m able to turn my thoughts and focus back to Him more easily. 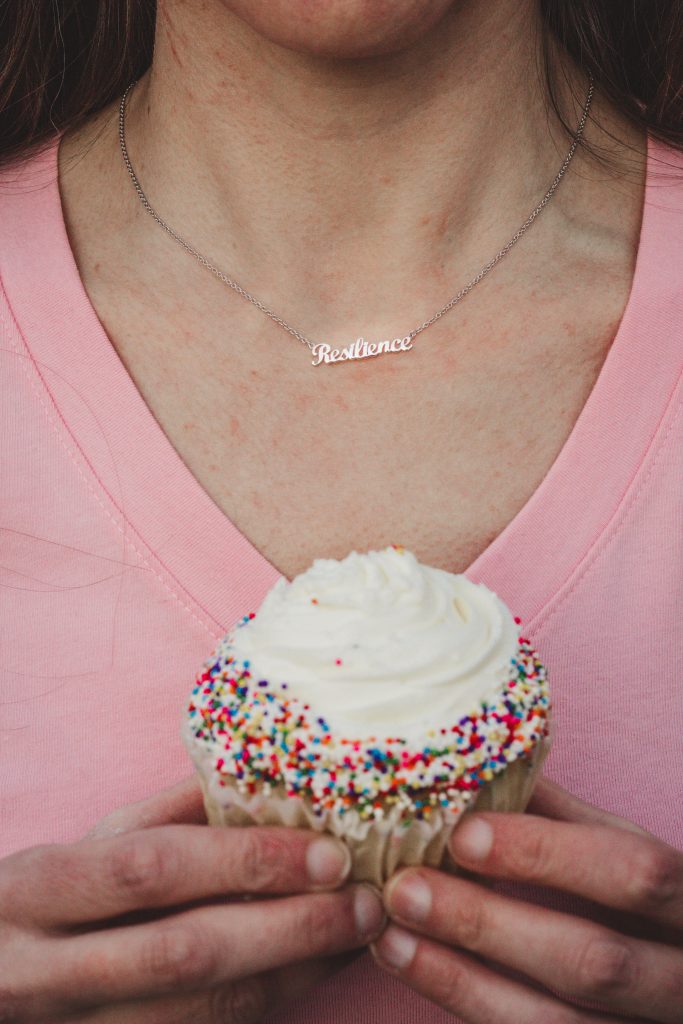 One of my favorite pieces of jewelry is this “Resilience” necklace from ban.do. The website description says the following:

“resilience doesn’t mean that you are above curling up on the floor in the fetal position, devastated by stress and emotion, covered in tears . . . It just means that at some point, you pick yourself up, dust yourself off, and move on.”

I feel like this description of Resilience sums up the past decade of my life in a nutshell!

Would y’all believe that on January 1, 2010, I didn’t own a single piece of Lilly Pulitzer? Of course that quickly changed, and I’m ending the decade with lots of Lilly in my closet. Incorporating Lilly’s bright and cheerful prints into my wardrobe was definitely a highlight of my decade! 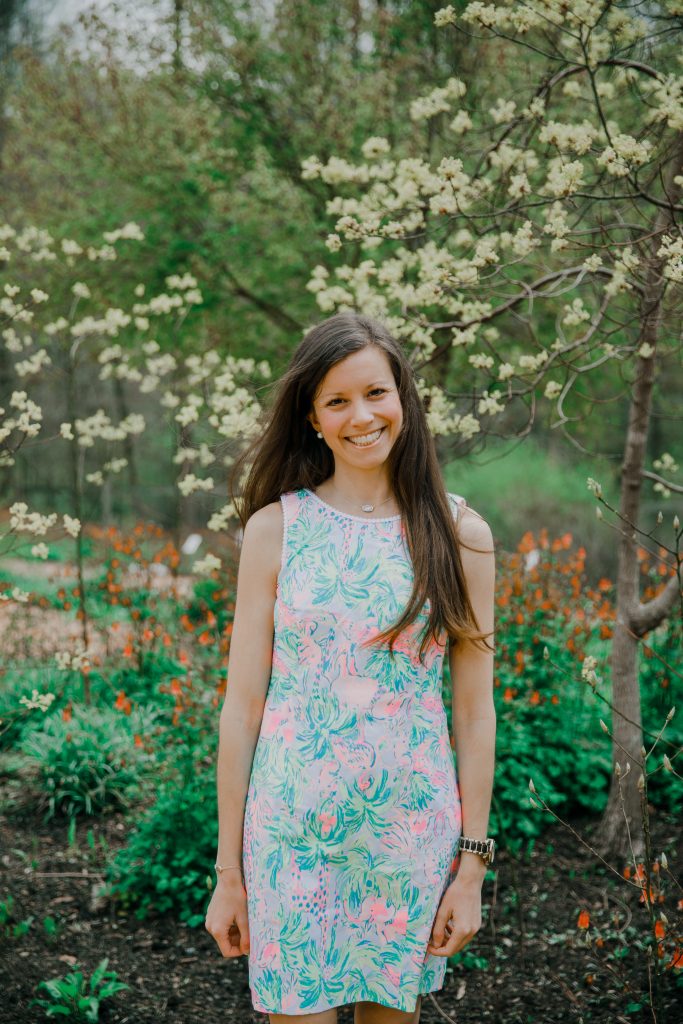 It’s also crazy to think that I wasn’t a Clemson fan at all 10 years ago! I’m so glad that living in Greenville during the first couple years of this decade exposed me to some rabid Clemson fans who rubbed off on me. And once I experienced my first tailgate and game day in Death Valley, I become hooked! I’m so thankful that this past decade has included multiple fall Saturdays in Clemson, lots more orange in my wardrobe, and two Clemson national championships! 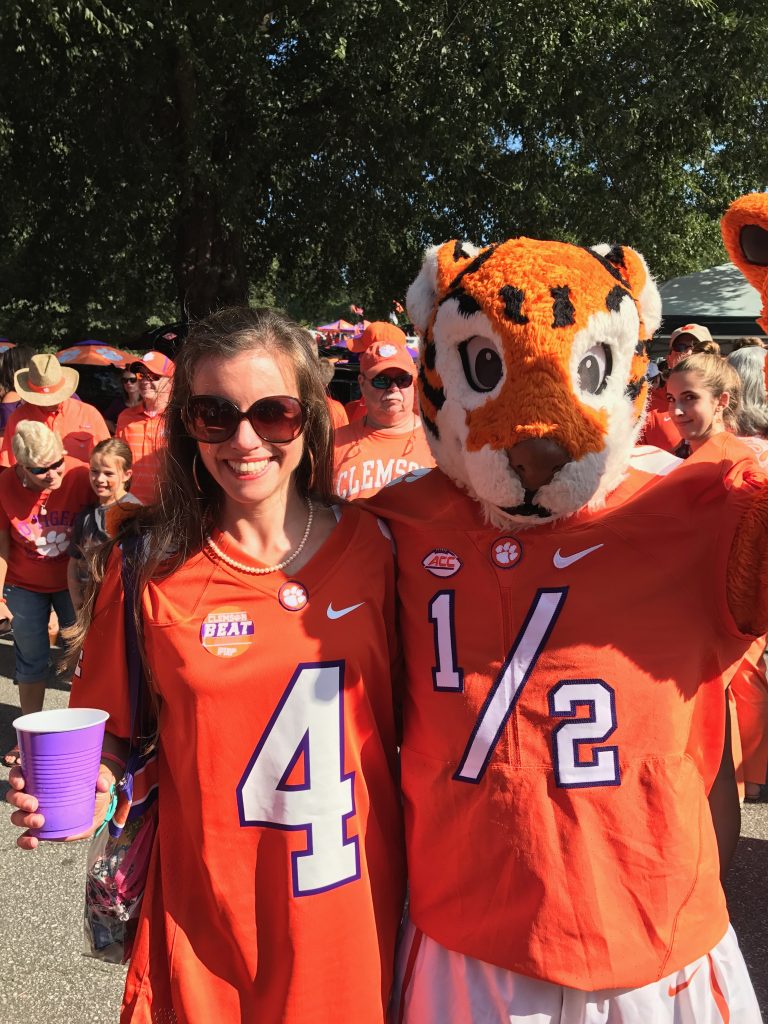 Of course even though I love Clemson now, I haven’t completely abandoned the Tar Heels (as long as they aren’t playing Clemson). I’m glad the 2010s included one UNC national title, and I have great memories of celebrating it on Franklin Street! 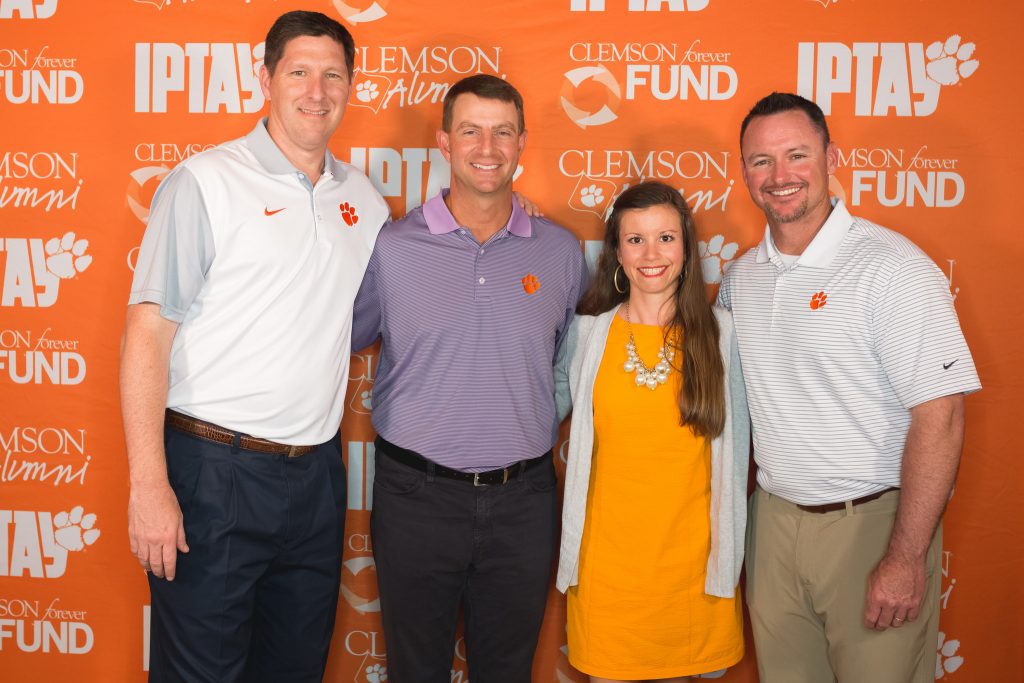 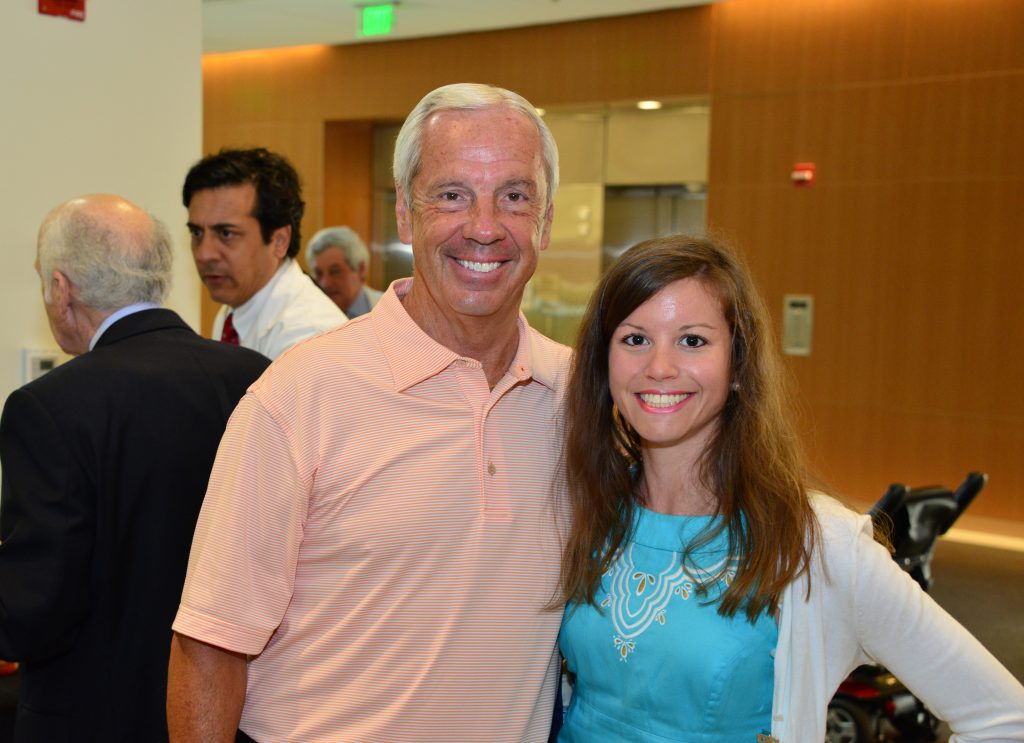 Went on a Girls’ Trip to Disney World 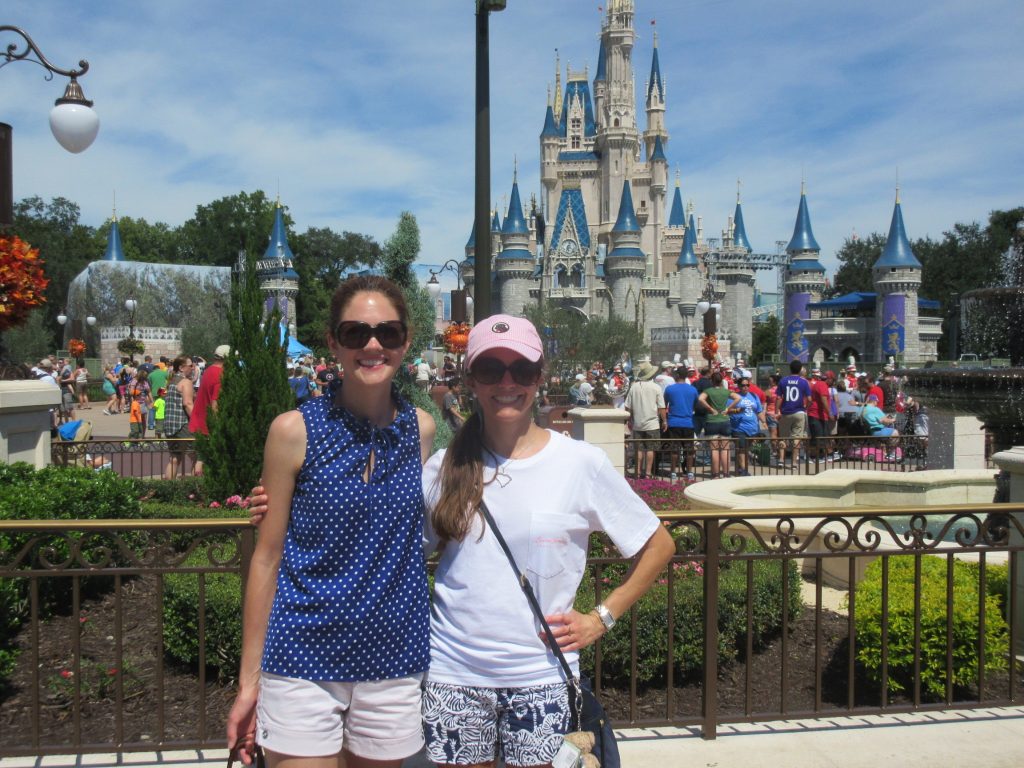 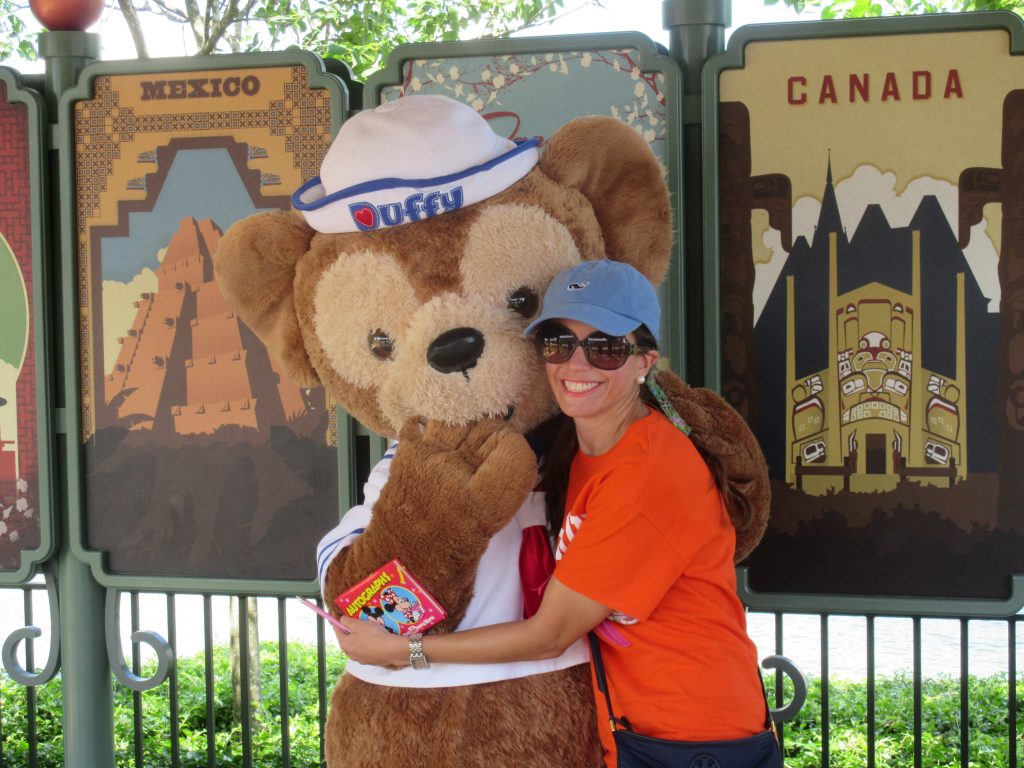 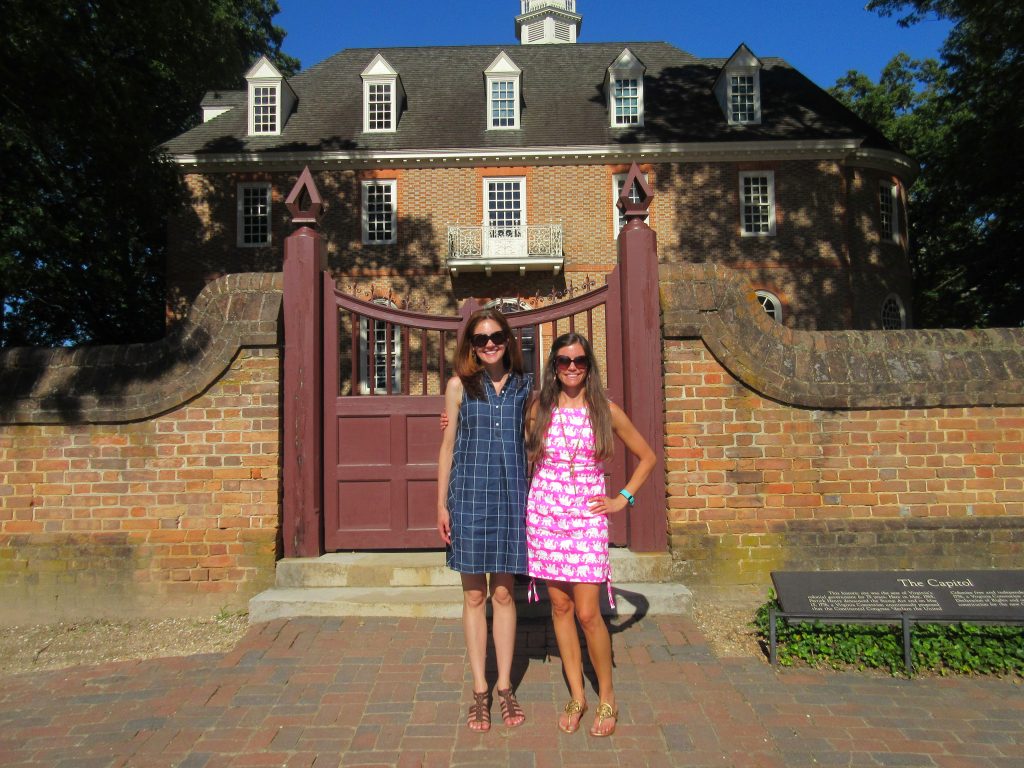 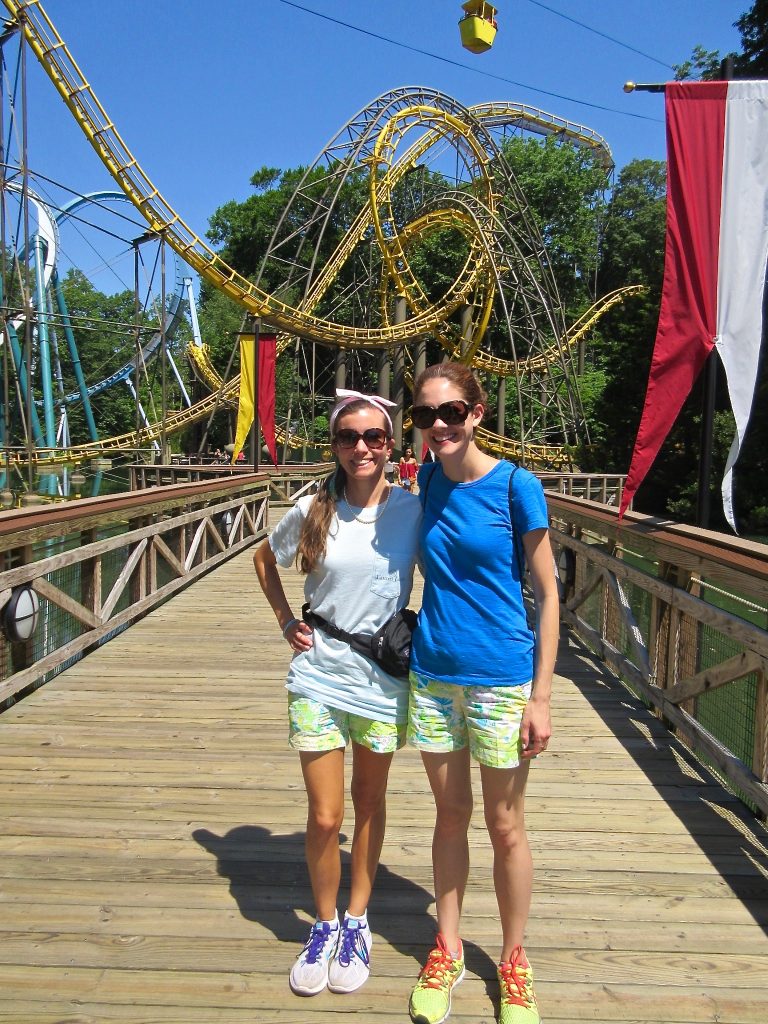 During this past decade I also discovered Karen Kingsbury’s Christian fiction novels, and she quickly became my favorite author. In fall 2017 I had the chance to meet her at a book signing because she happened to be at a mall in Concord, NC the same day I was driving through on the way home from Clemson! 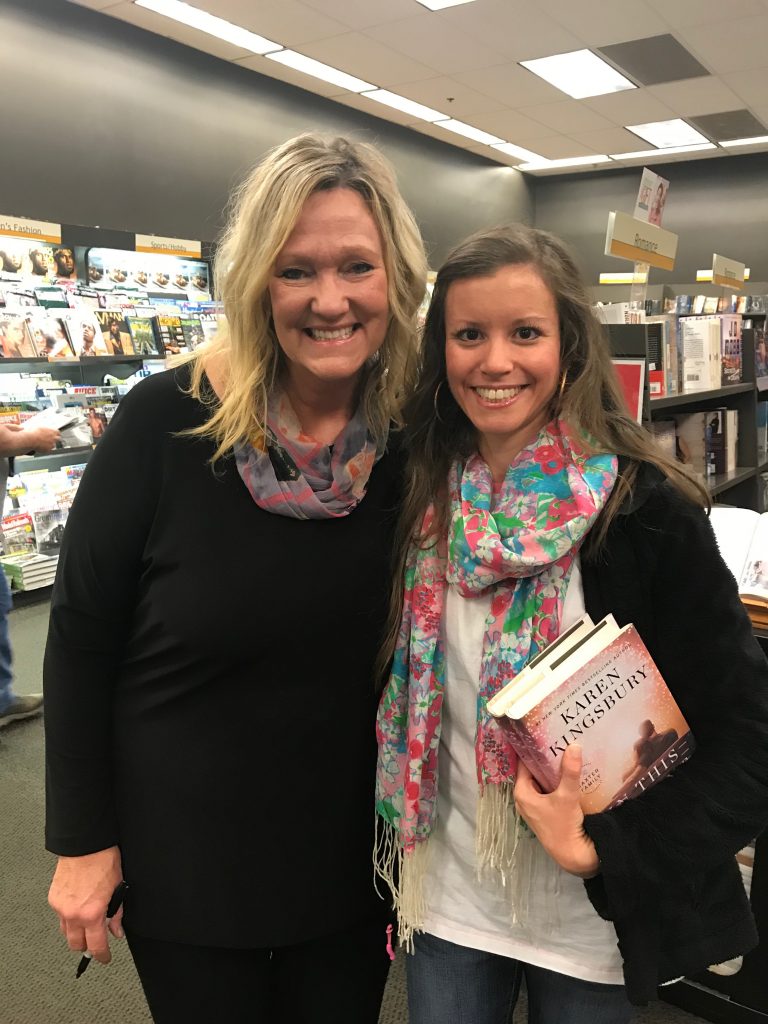 The 2012 and 2016 Summer Olympics were both two memorable moments of my decade. I always look forward to the Summer Olympics, and I especially enjoyed the 2012 and 2016 Olympics. I have fond memories of watching the Fierce Five claim the first team Olympic gold since 1996 for USA Women’s Gymnastics in 2012, and the Final Five earning another team gold four years later. Then in swimming, I loved watching Michael Phelps come back from difficult times in his personal life to become the most decorated Olympian of all time.

I can’t forget to include starting Palmettos & Pineapples as a highlight of the 2010s! Fun fact, I actually had another blog from late 2011 to early 2015. Once I started working full-time again at the beginning of 2014, posts became few and far between, and I eventually abandoned it. Also, blogging was a lot different back when I had my first amateur blog. If you want a good laugh & blast from the past, check out “Pearls Go with Everything.” Blogging at my current blog has definitely been a sweet spot of the final two years of this decade, and I’m especially proud of myself for prioritizing posting regularly on the blog even while working full time and juggling other commitments. And if you had told me 10 years ago I would put myself out there by starting a blog for anyone on the Internet to read, I probably would have laughed in your face! 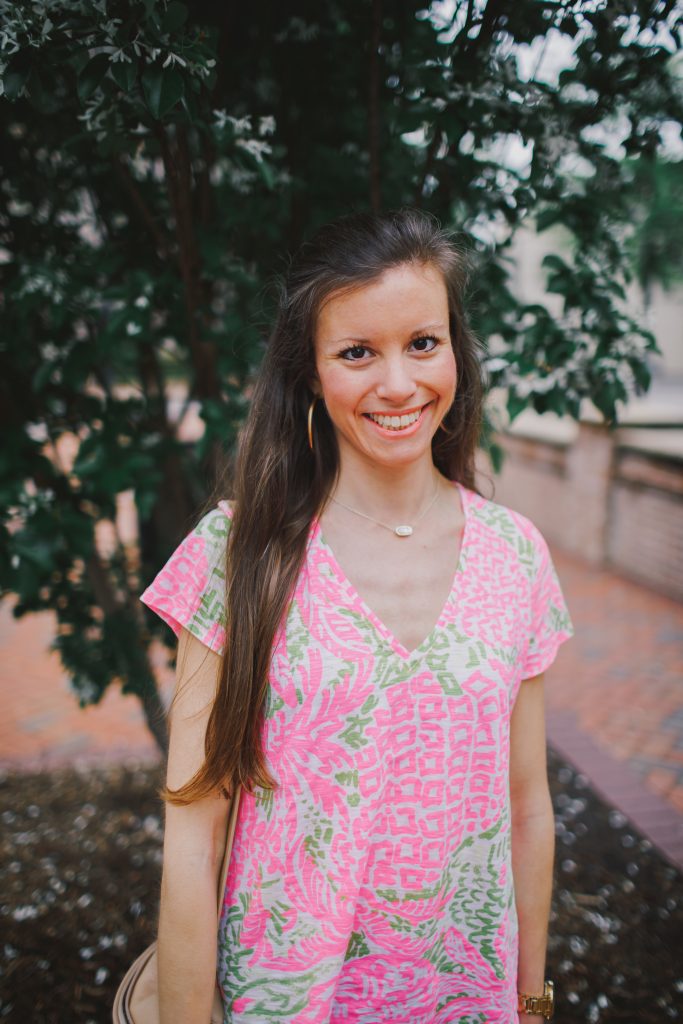 Back in 2015 I dabbled in art as a hobby. Unfortunately I simply don’t have the time to do it regularly at the moment, but hopefully I can pick it back up some point in the next decade. 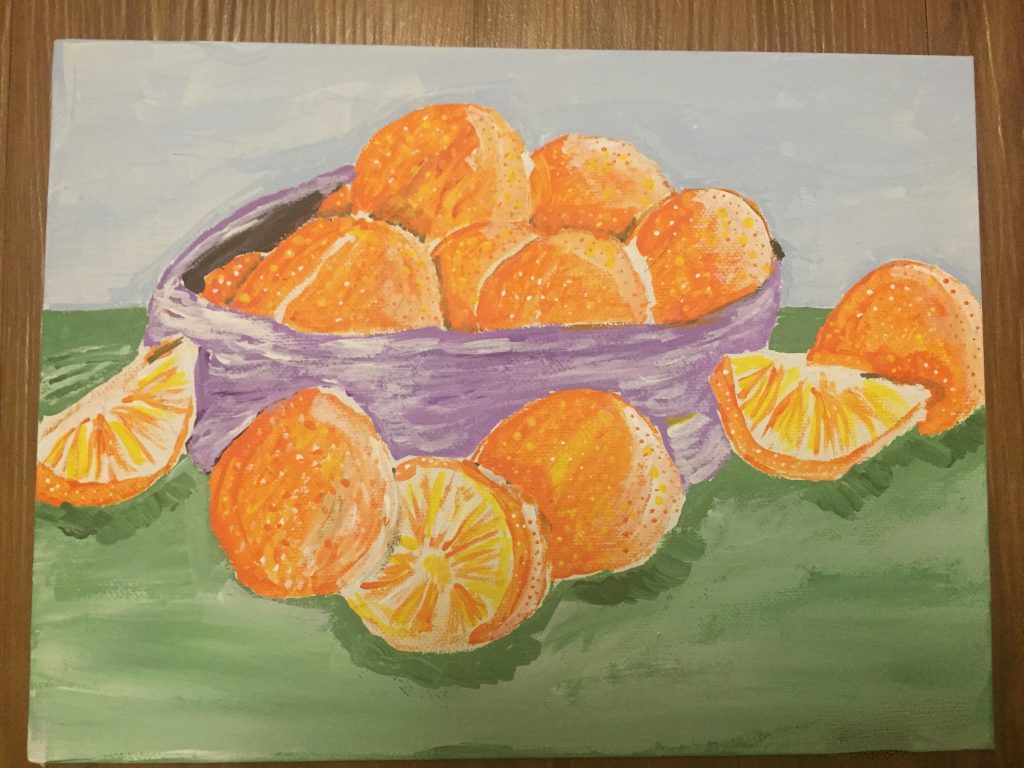 I already mentioned becoming a Beautycounter consultant as a highlight in yesterday’s 2019 recap post, but I have to include it on my decade in review post as well. I also would have laughed if you had told me 10 years ago that I would be consultant for any kind of direct sales company, I would have laughed in your face as well! Also, Beautycounter didn’t even exist at the beginning of the decade. I’m so thankful Gregg Renfrew founded Beautycounter in 2013, and gave women around the country the opportunity to educate others about the importance of choosing safer products! 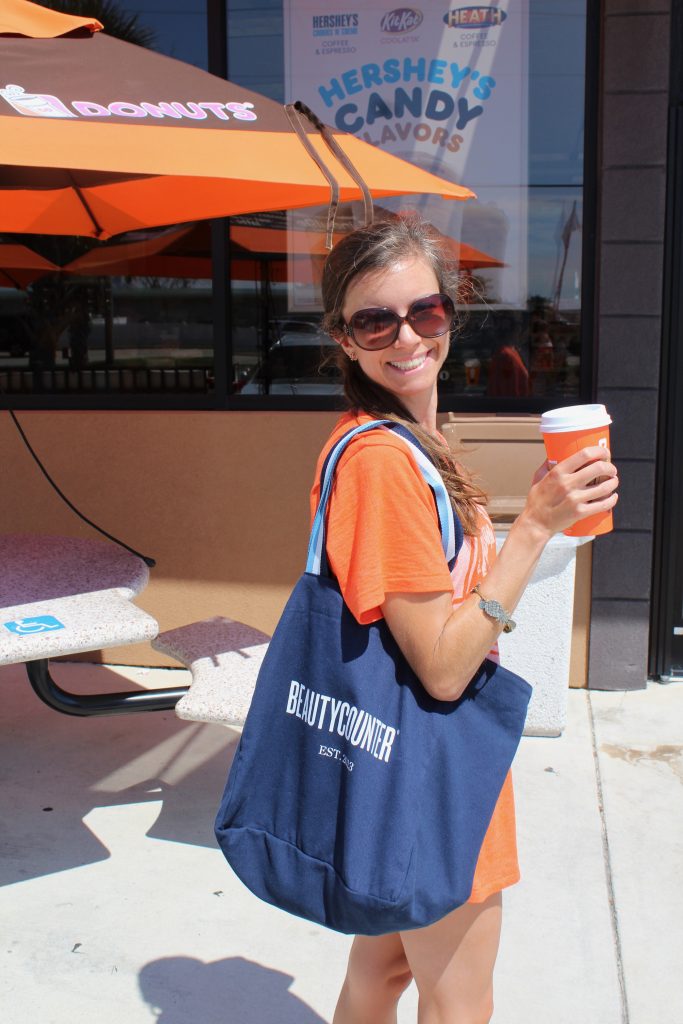 Looking back, most of the dear friends I have in my life today are people I didn’t even know existed 10 years ago. I’m especially thankful for my friendship with my Bible Study leader from Greenville, SC, who I’ve remained close with even though I moved away seven and a half years ago. She’s like a second mom to me. In addition, I’m so grateful for the solid Christian friends I’ve met through my church and BSF (Bible Study Fellowship) over the past decade. I know they will be lifelong friends. I look forward to making more memories with all these people for decades to come!

At the beginning of the decade, I hadn’t been to therapy in about seven years. Although months of therapy back in high school addressed the critical physical and physiological symptoms of my mental health issues, I remained in denial for years that I still had lingering psychological and emotional issues I hadn’t dealt with fully. So back in summer 2010 I started seeing a therapist regularly again, and have been in therapy the majority of this decade. The past three years with my current therapist have been the best part of my therapy journey. For more about why I’m in therapy indefinitely, you can check out this post.

My greatest achievement of the past decade is the personal and spiritual growth I’ve experienced as a result of the Lord’s grace and power of the Holy Spirit. I’m absolutely not perfect by any means, but God has brought me so far in the past 10 years. I’m more confident, secure, and assertive than I was at the beginning of the decade. I have a better sense of who I am and what I want from life. But most importantly, I am more secure of my identity in Christ and have a greater understanding and appreciation for His unfailing love for me.

Some of my peers have been married for more than a decade, and many others have gotten married during the past decade. Ten years ago I never thought I would still be sitting here super single on December 31, 2019. But as I typed out the previous paragraph, it really hit me that God was able to do a ton of good and necessary work in my life that wouldn’t have been possible if I had met my future husband or gotten married during the past decade.

Here’s to the Next Decade!

I hope that y’all enjoyed this 2010-2019 Decade in Review blog post. What have been some highlights and memorable moments of your past decade? 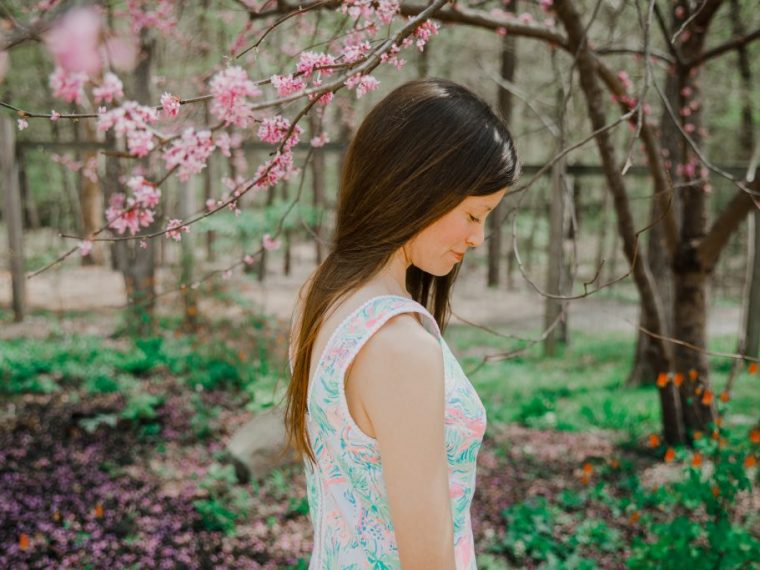 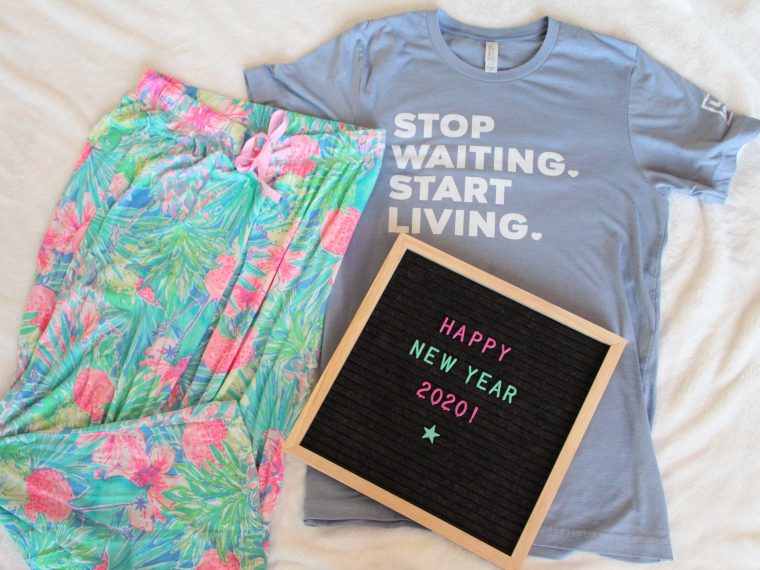 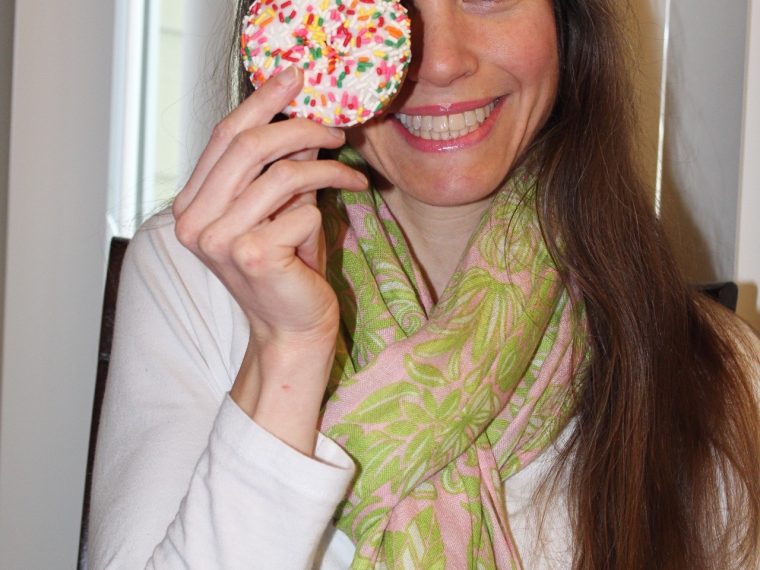