Hey y’all-happy hump day! Exactly three years ago today my best friend and I arrived at Disney World for the most amazing girls’ trip. So in honor of the three-year anniversary of our magical vacation, I am sharing another Disney World post today. It’s been a awhile since I’ve written any Disney World travel guides, so I figured this is perfect timing! Although there are so many awesome things do on a Disney vacation, nothing embodies the essence of Walt Disney World quite like a day in the Magic Kingdom. Therefore, today’s post features 10 Magic Kingdom Must-Do’s! 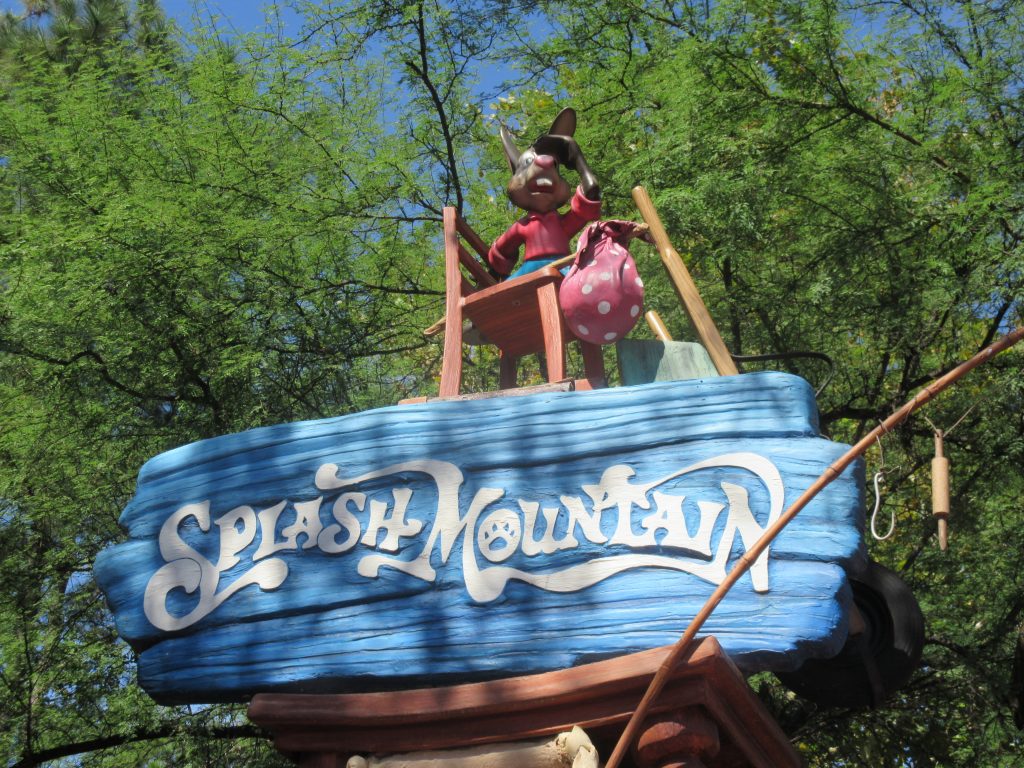 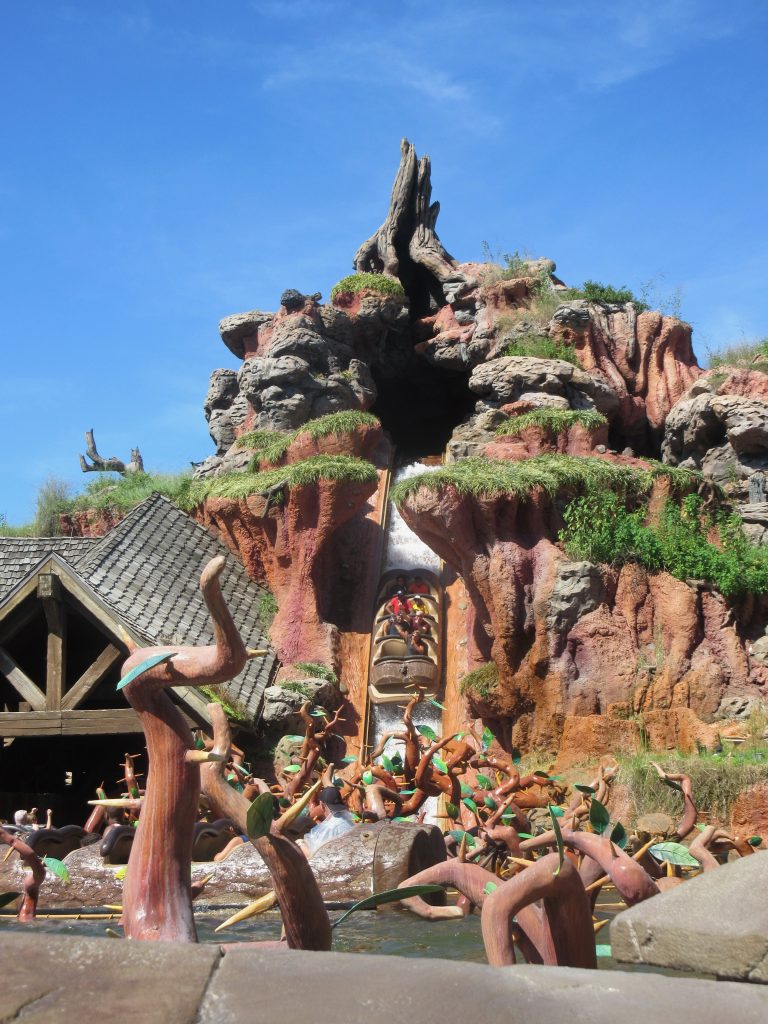 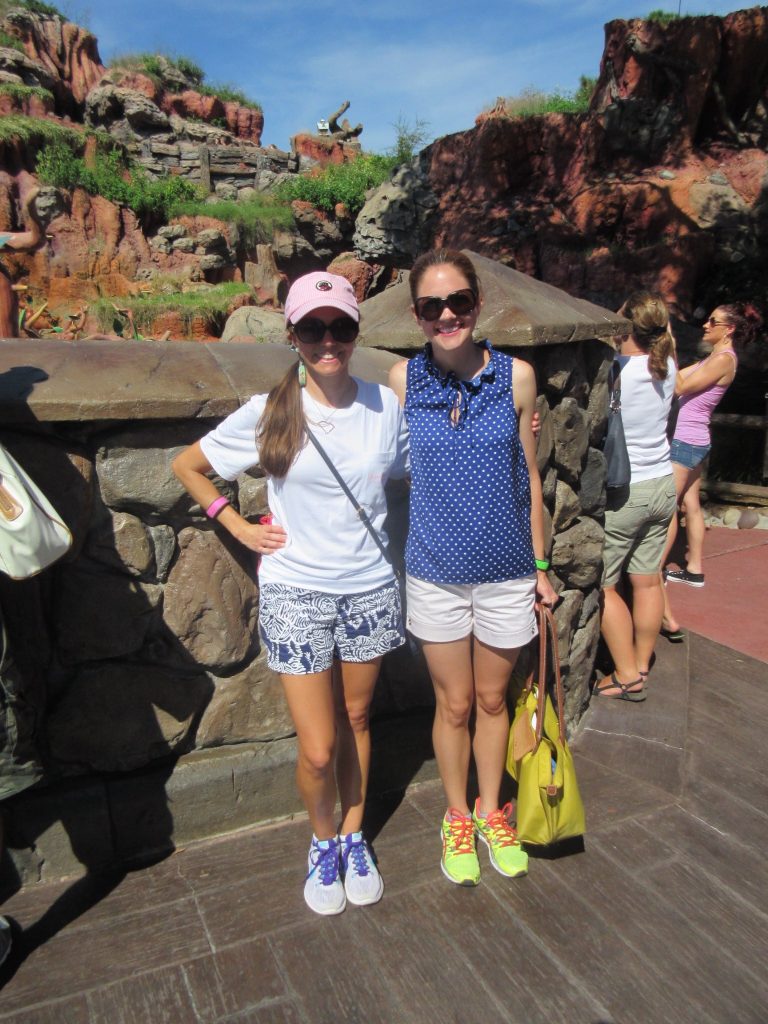 Splash Mountain is hands down my favorite ride at Disney World. I feel like this is because it perfectly combines thrills and theming. The pinnacle of the attraction is a five story drop at the end of the ride that makes your stomach flip-flop and may get you a little wet depending on where you are sitting. A couple smaller drops occur at different points in the ride to help add to that anticipation of the big drop. (Fun fact: the first time my brother rode Splash Mountain, he kept asking “is it the big hill yet?”) However, these drops comprise only a small percentage of the nearly 10 minute ride. When you’re not braving a large or small drop, your log flume rides through rooms of singing Audio Animatronic characters based on Brer Rabbit and friends from Disney’s Song of the South.

Another one of the Magic Kingdom mountains, Space Mountain is a must-do for me every trip. Although it’s pretty tame as far as roller coasters are concerned, it’s in the dark. This makes it seem a lot faster than it actually is (top speed is only 28 miles per hour). Also, not being able to see the track ahead of you adds an element of surprise, which lends itself to some extra thrills. 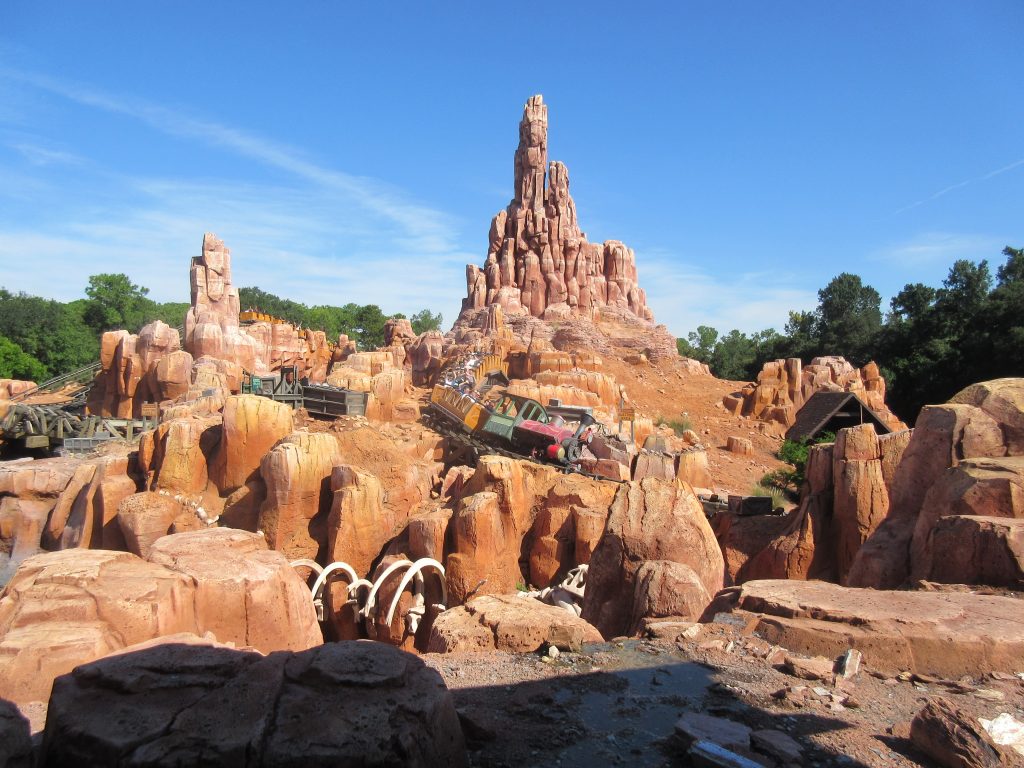 Big Thunder Mountain Railroad is even tamer than Space Mountain, but this roller coaster is still a fun Magic Kingdom classic. There aren’t any big drops, but it does jerk you around a bit. In true Disney fashion, the Wild West mining town theme is well done. Also, Big Thunder Mountain Railroad is conveniently located right by Splash Mountain in Frontierland, so it’s easy to knock out both of these must-do attractions at once. 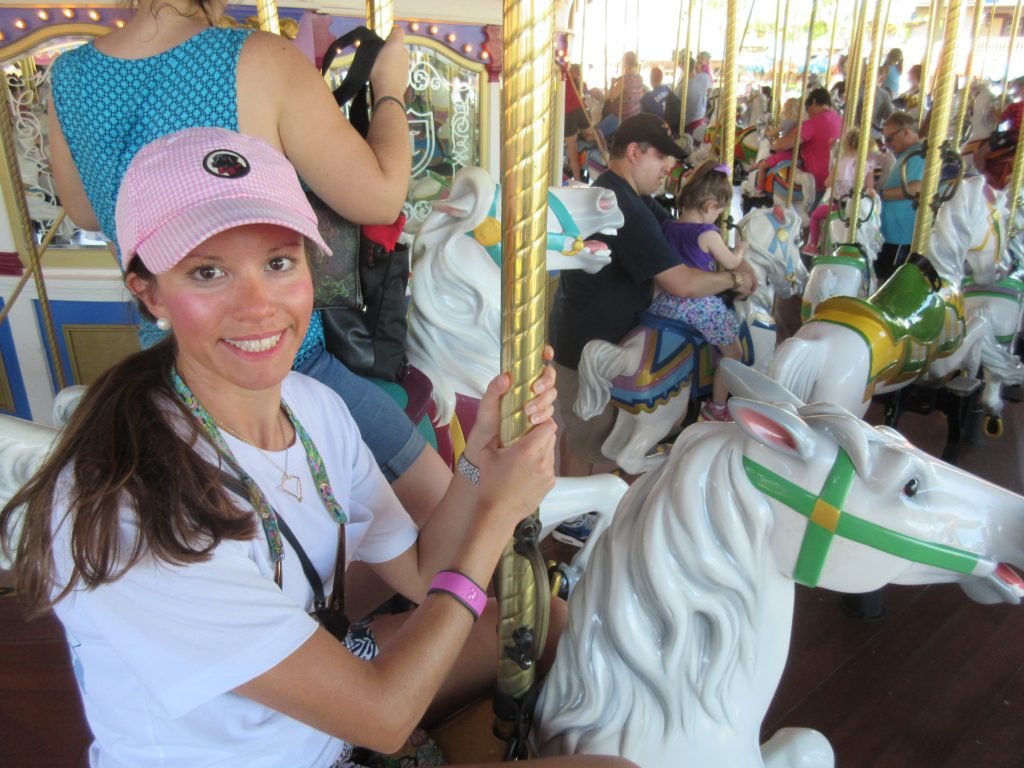 The carousel is a true classic at Disney World (or really any theme park). But of course, the carousel at Disney is a notch above any other carousel. Classic Disney music plays while you’re riding around. You’re never too old to enjoy a good carousel ride, and the carousel is one ride at the Magic Kingdom that especially brings back childhood nostalgia. 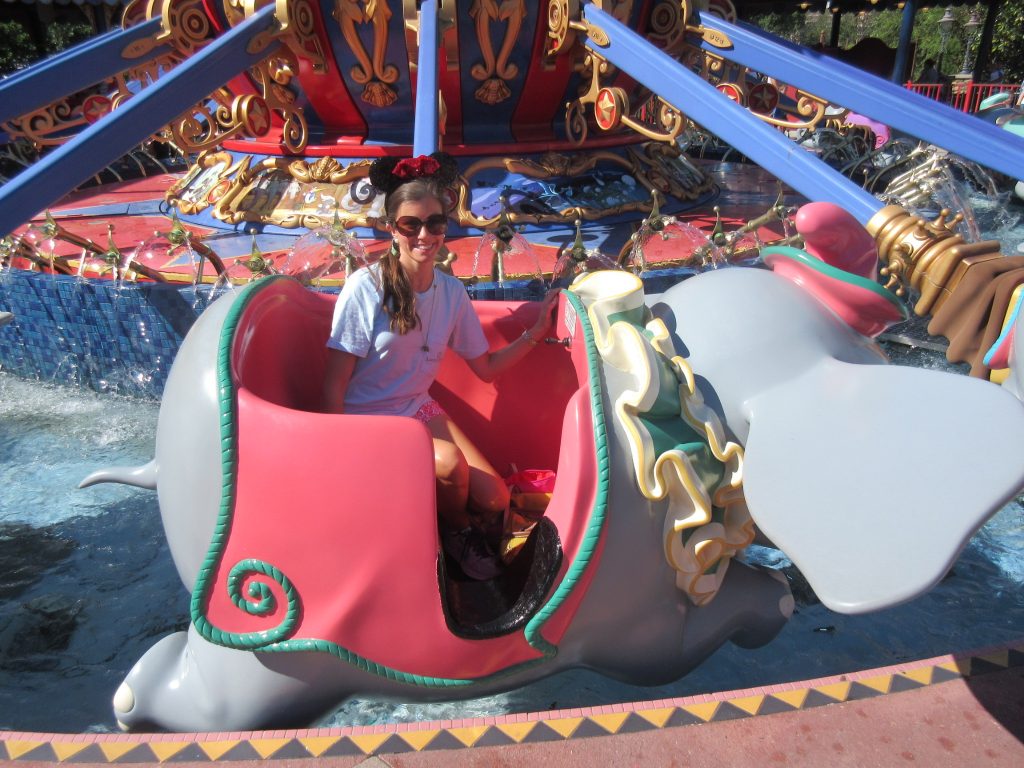 Dumbo was my favorite ride my first trip to Disney World at age 4. I definitely made my parents wait in line for over 30 minutes to ride it multiple times. Even as an adult, I still enjoy riding Dumbo for the sake of nostalgia. Although now I definitely opt to ride it when the wait time is well under 30 minutes! They now have a play area for kids in the Dumbo line. Where was that when I was 4?! 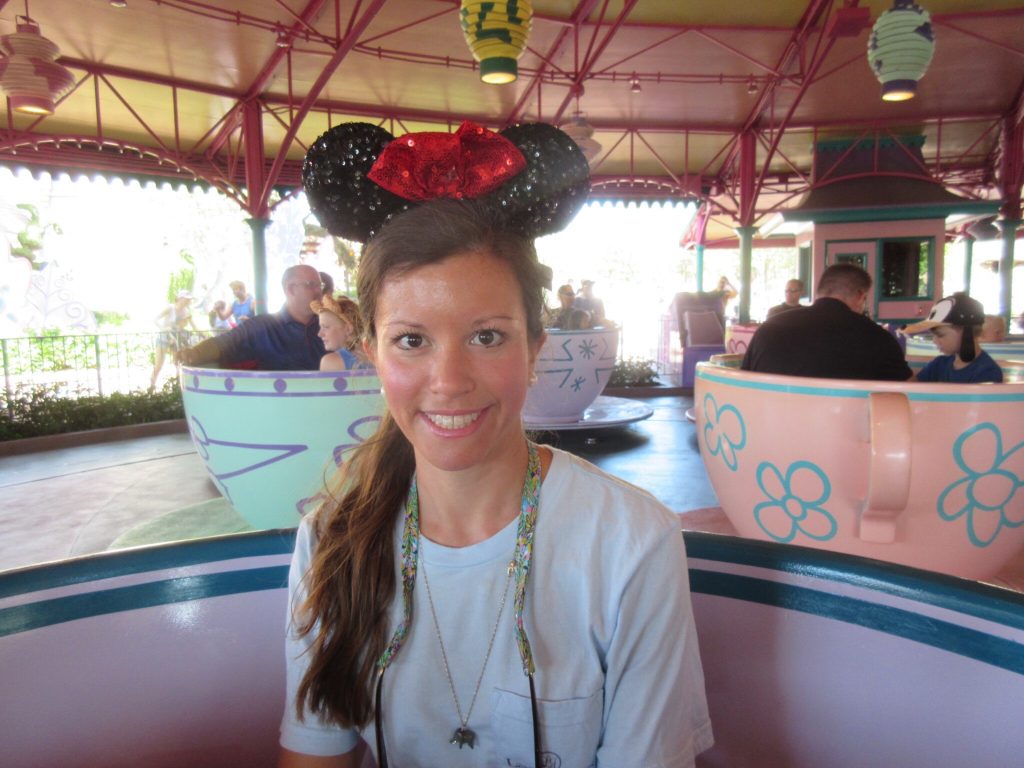 Otherwise known as the spinning teacups, Mad Tea Party is another Magic Kingdom classic that brings back fond childhood memories. There’s a wheel in the center of the teacup that you turn to control how fast the teacup spins. I like to make my teacup spin as fast as it can, but I would definitely use caution if you are prone to motion sickness. 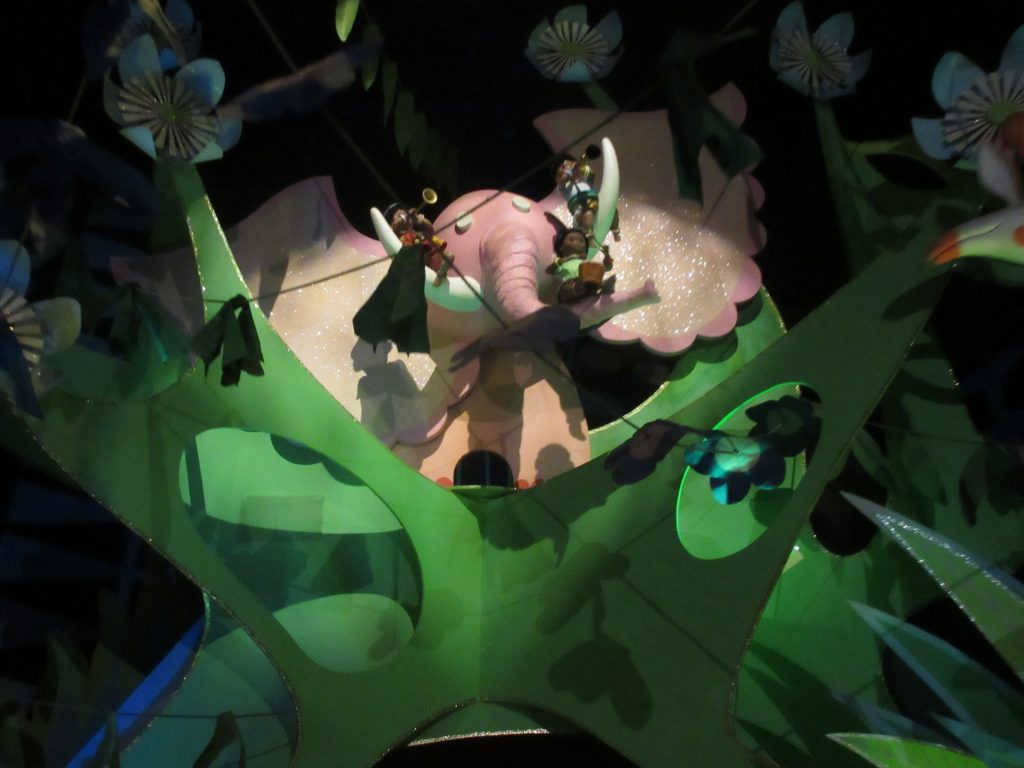 It’s a Small World is one ride at the Magic Kingdom that garners mixed opinions. Some people despise it because the catchy “It’s a small world after all…” song gets stuck in their head. However, I love it because it’s yet another classic that symbolizes childhood nostalgia. Also, the Audio Animatronics dolls dressed in costumes representing different countries around the world are so sweet. Celebrating all the different world cultures and how we are all God’s children is a message that is especially needed in this day and age! 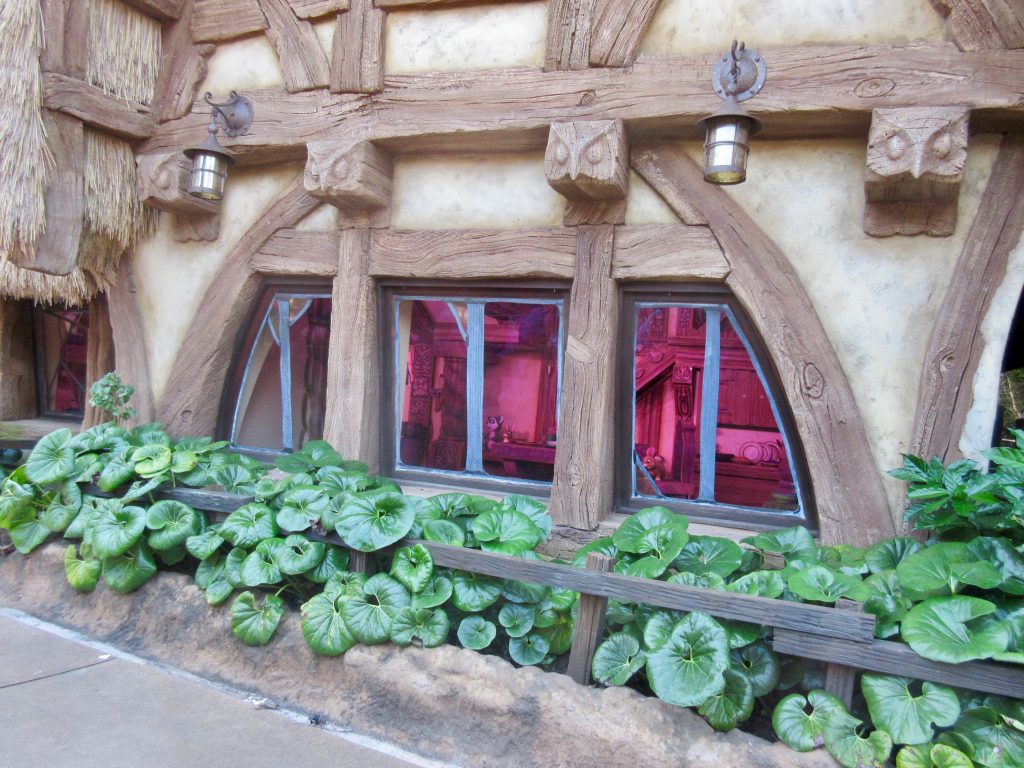 9. The Many Adventures of Winnie the Pooh 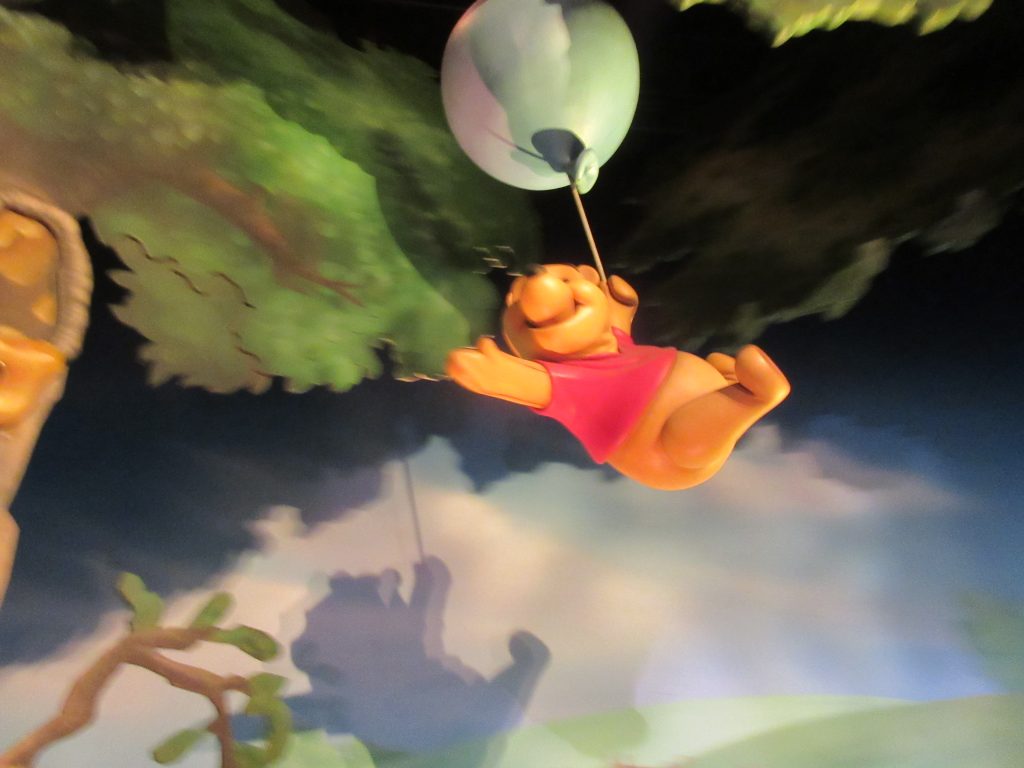 Although the Many Adventures of Winnie the Pooh wasn’t around for my earlier trips to Disney World, I still love it. Pooh, Tigger, and friends are adorable, so I love riding in a honey pot through scenes from their different adventures. 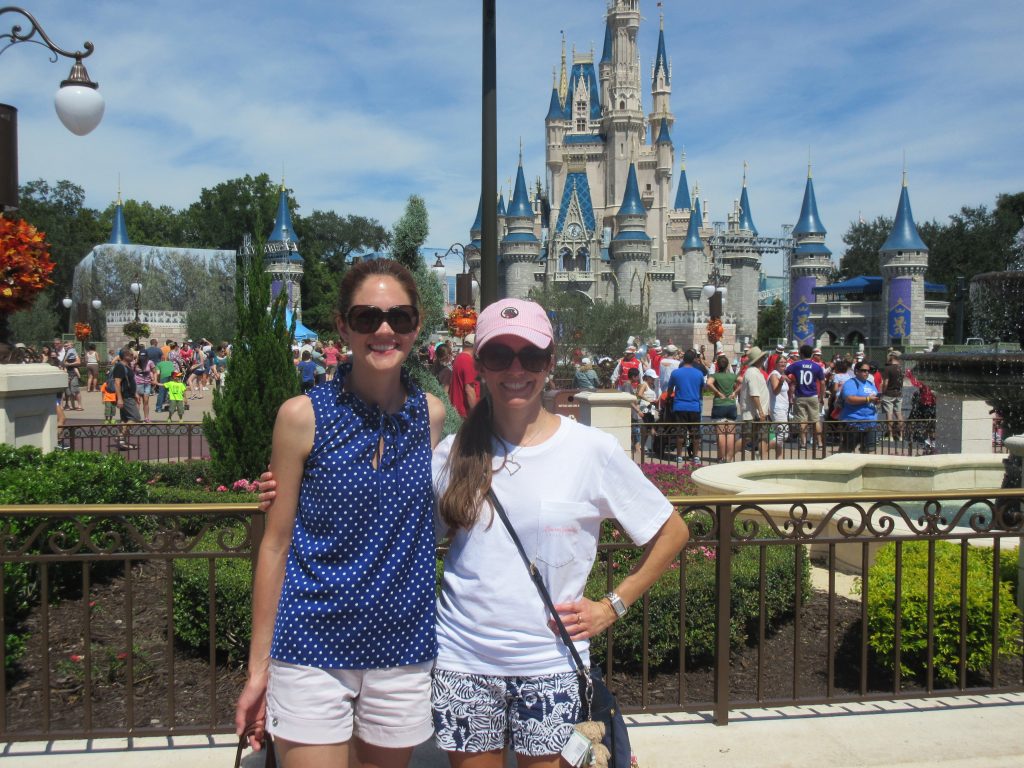 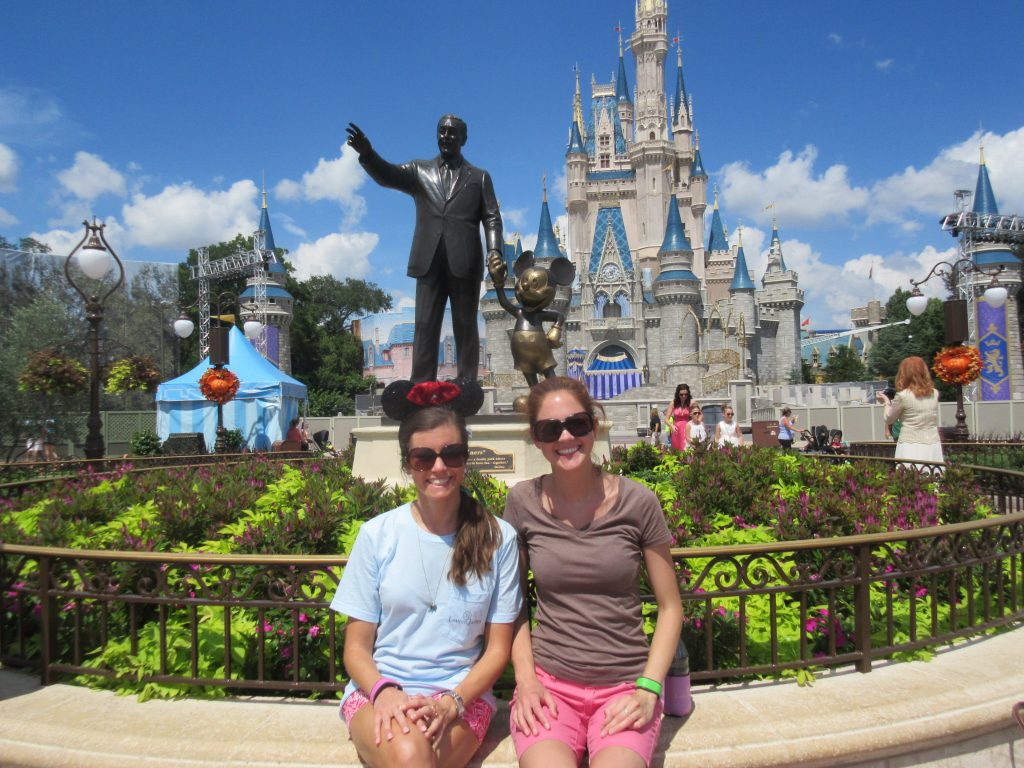 The final thing on my list of 10 Magic Kingdom Must-Do’s is pretty much a no-brainer. Cinderella Castle is the iconic centerpiece of the Magic Kingdom. Once you reach the end of Main Street USA, snapping a picture with it in the background is a must do for sure. I mean, if you didn’t get a picture at Cinderalla Castle, did you even go to the Magic Kingdom? There’s also a precious status of Walt Disney and Mickey Mouse that you can get in your photo as well.

I  hope that y’all enjoyed this post and that it gave you some ideas of what to prioritize at the Magic Kingdom on your next Disney World vacation. Obviously, there are many more fun and amazing attractions beyond my 10 Magic Kingdom must-do’s. However, I did everything on this list on my most recent trip. Since my bestie and I were on a tight schedule trying to fit everything in, any attraction that made the cut is worth your while, especially if you’ve never been to Disney World.

Feel to reach out to me via email or Instagram if you have any questions about Magic Kingdom must-do’s. Also, if you are planning a trip to Disney World in the future, you might enjoy reading the following posts:
Walt Disney World: Tips for Arrival Day
Fuel for Fun: Food at Disney World
Disney’s Animal Kingdom- Cheers to 20 Years!

Have you ever been to Disney World? What are your must-do’s at the Magic Kingdom. Let me know in the comments!

I have no idea when my next trip to Disney World will be, but I’m already looking forward to it. And already planning my outfits for it! 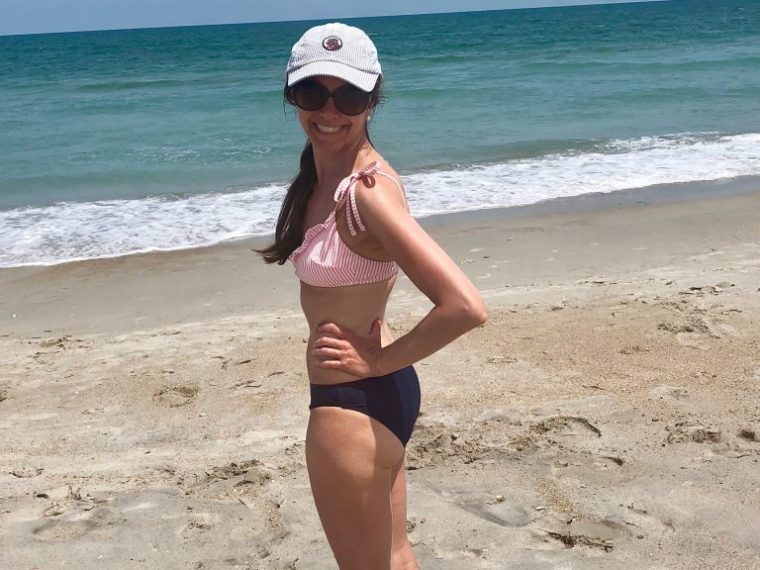 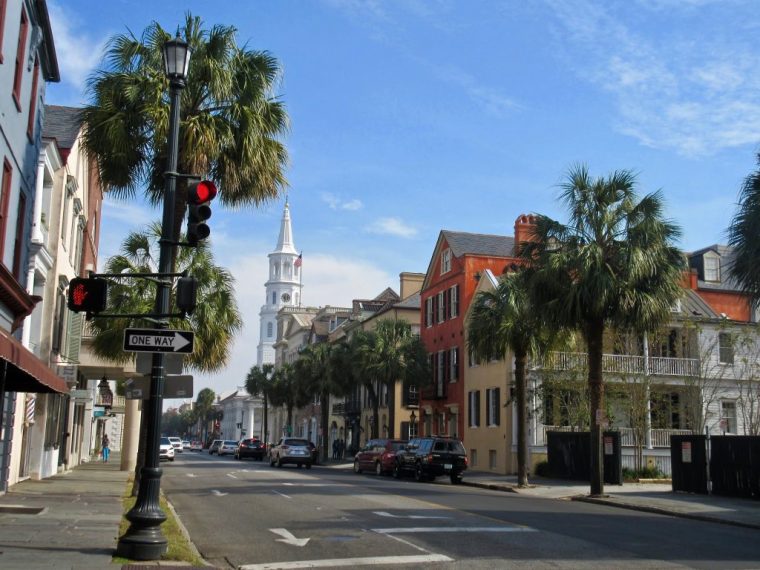